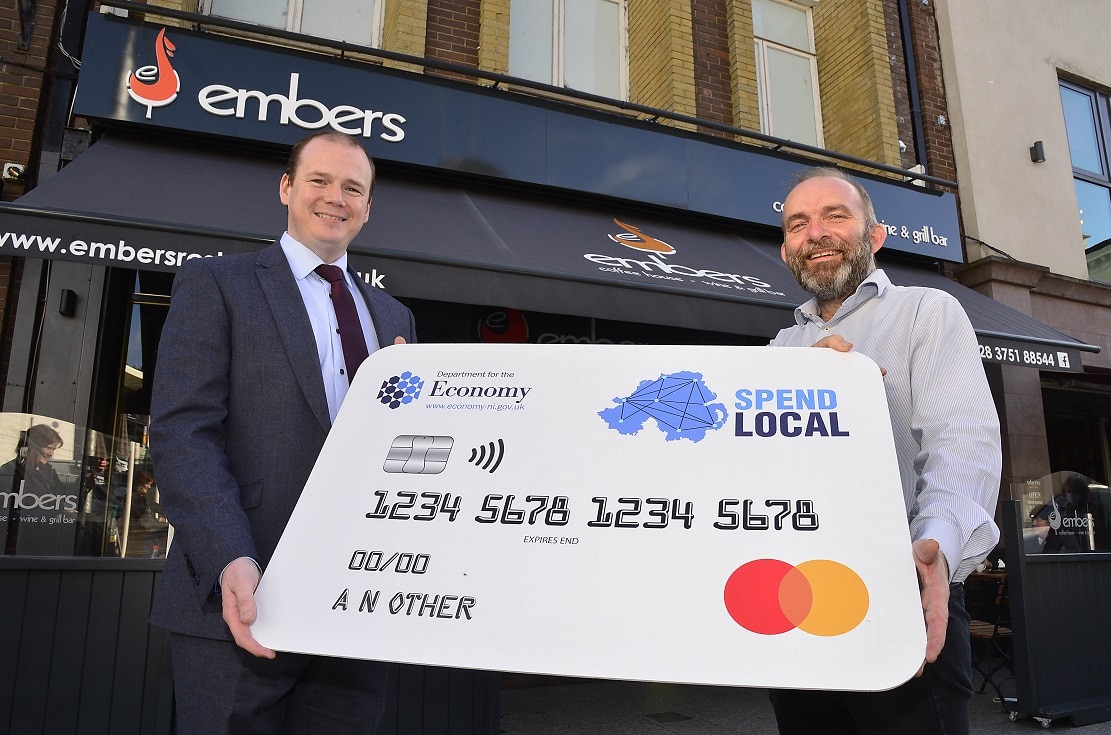 There have been 11 further Covid-related deaths reported in Northern Ireland since Friday – one in the last 24 hours.

The total number of deaths now stands at 3,208 – 18 of which occurred in the last seven days, according to the Department of Health’s daily dashboard.

The Armagh, Banbridge and Craigavon borough has recorded 434 deaths to date; five of which occurred in the last seven days.

There have been 14,748 positive cases in the last seven days, a further reduction on the weekly average.

Within the past 24 hours, there were 159 positive cases in Armagh, Banbridge and Craigavon – the sixth highest in NI.

There were 158 cases in Newry, Mourne and Down (seventh highest) while Mid Ulster recorded the lowest with 86. Belfast – the highest in NI – recorded 373 positive cases.

There are 454 – down from 485 on Friday – patients in hospitals across Northern Ireland as a result of the virus.

There have been 161 admissions in the last seven days, compared with 335 patients who have been discharged.

There are six – down from eight – patients with Covid-19 in hospital intensive care units. There are currently 15 ICU beds available.

Meanwhile, it has been announced that the High Street Scheme brought almost 1.4million shoppers on to our high streets where they made over 3.7million transactions.

In a statement in the chamber, Economy Minister Gordon Lyons told the Assembly the scheme injected at least £136.6m into the economy, leading to an improved level of consumer confidence and increased levels of public spending.

The Minister said: “The High Street Scheme has been a huge success and achieved exactly what it set out to do. It brought shoppers back on to the High Street and has helped and supported our local retail, hospitality and service sectors start their journey of recovery from the devastating impact of the pandemic.

“I am really pleased to announce that 1,399,051 people were issued with a Spend Local card, of which 1,393,043 – or 99.6% – were activated. This is a tremendous achievement. The scheme was designed to provide an economic boost to the local economy and to this end £136.6million has been injected into the economy.

“This can be clearly seen from the fact that nearly 1.4million customers visited our local shops, restaurants, bars, cafés, cinemas, hairdressers across all parts of Northern Ireland during the lifetime of the Scheme and over 3.7million new transactions were made using the Spend Local card.

“Of course, we know that many of these customers will have spent more than the £100 on their Spend Local card. So the figure – in real terms – will be greater.”

The Minister told the Assembly that the early analysis showed the benefits of the Scheme were enjoyed in all parts of Northern Ireland.

He said: “Over £27million was spent in Belfast, over £12million in Armagh, Banbridge and Craigavon while over £10million was spent in each of the following local council areas – Newry, Mourne and Down; Derry and Strabane; Antrim and Newtownabbey; Lisburn and Castlereagh; and Ards and North Down. In Mid and East Antrim, the figure was over £9million. In Causeway Coast and Glens and in Mid Ulster, more than £8million was spent, while the figure for Fermanagh and Omagh was just over £7.5million.”

MLAs heard how the scale of the task of delivering the High Street Scheme was unprecedented as, in a matter of weeks, his Department implemented a process which manufactured, dispatched and delivered cards to close to 1.4million people – each card unique to each applicant, including bespoke embossed cards for the visually impaired and blind.

The Minister told MLAs: “The effort was worth it. I am sure that Members will have heard the same positive messages that I have heard from businesses, but it has also been confirmed by independent analysis.”

According to an Ulster Bank Survey, retail sales in Northern Ireland rose in November 2021 for the first time in four months. The bank’s Chief Economist Richard Ramsey said the High Street Scheme undoubtedly contributed to the pick-up in demand.

Research in December 2021 also showed an increase in shoppers on Northern Ireland’s high streets. The figures published by the Northern Ireland Retail Consortium (NIRC) showed a boost to the number of people going into shops or businesses in October continuing in November following the introduction of the High Street Scheme. In November, the number of shoppers in Northern Ireland reached their highest point so far compared to the pre-pandemic level.

The Minister said: “The people from which I was most pleased to hear were the business owners who needed the scheme to help them cope with the impact of the pandemic. On a personal level, these individuals – shopkeepers, barbers, newsagents, publicans, café owners, the list goes on – brought it home to me why this scheme was so important.”