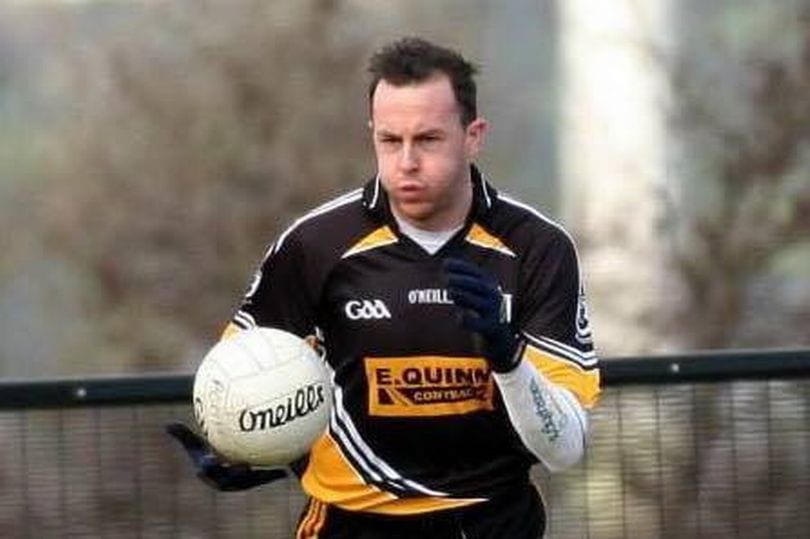 A Co Tyrone community has been left stunned with the sudden death of a young father-of-two.

Christopher Colhoun, from Pomeroy, passed away suddenly in hospital in the early hours of this morning (Monday) following a very brief illness.

The 34-year-old had recently taken up a role as the vice-principal of Donaghmore Primary School, outside Dungannon.

The news has stunned his local parish of Clonoe, where he lived with his wife Lisa and two young daughters.

The statement read: “We are heartbroken to learn of the passing of senior player Christopher “Crico” Colhoun who passed away this morning after a short illness at the young age of 34 years.

“For all that knew our Crico he was simply a lovely fella, a gentleman who always carried a smile on his face. A naturally gifted forward, he was capable of turning on a six pence and driving the ball over from distance with either foot.

“He was blessed with phenomenal pace and was a massive influence during the county, Ulster and All-Ireland championship run in 2004/05 when his talent caught the eye of Mickey Harte and he was rewarded with a county call up the following season.

“Indeed Crico was still training well and committed to the Plunketts cause for the 2018 campaign, which makes the news of his passing even harder to comprehend. He excelled in everything he took on.

“A gifted teacher, he had recently taken up the vice-principal position at Donaghmore Primary School, an amazing achievement for his age. In the martial arts discipline of jujitsu he also excelled.

“His untimely passing is a shocking, devastating blow to our club. To Lisa and his two young children, Beth and Grace, to the Colhoun and McAliskey families we convey our heartfelt condolences. To Donaghmore Primary School pupils, teaching staff and parents and to our wider GAA family in Clonoe O’Rahillys we extend our sympathy.

“And to Crico himself, a husband, a father, a son, a brother, a teacher, a teammate and a legend – rest in peace. We love you and we’ll never forget you. God bless.”