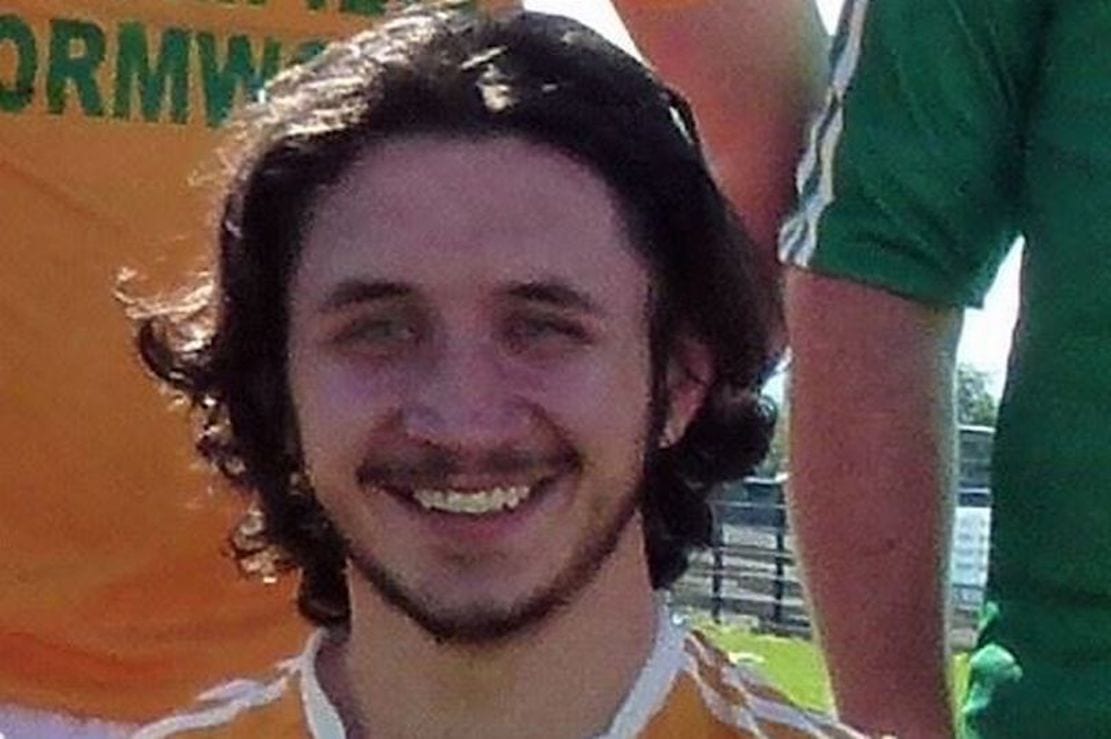 A Co Down community has been left shocked and stunned at the sudden death of a young GAA player.

Pearse Branagan, who was 23, who lived just a few miles from Rathfriland, died from a cardiac seizure on Saturday evening.

He also was a senior hurler for Clonduff GAC.

Offer its condolences, the club said: “It is with deep sadness and a sense of devastation that we report the sudden and very untimely death of young Pearse Branagan one of our Senior Hurlers.

“Pearse aged just 23 passed away after suffering a cardiac seizure on Saturday evening.

“He had just begun his teaching career in nearby St Malachy’s PS Kilcoo.

“Pearse is the second son of Tony and Terri (Ballycashone Road), younger brother of Padraig and older brother of Lorcan and Caitlin.

“To them, his girlfriend Ellen McCrilly (Moy), a wide family circle and his team mates and his pupils in St Malachy’s we tender our deepest sympathy.

“May his gentle soul rest in peace. Mary Queen of the Gael Pray for him and his family. Ár dheis Dé go raibh a anam.”

Sean Treacys Hurling Club in Lurgan also paid their tribute to the player.

“On behalf of the hurling community in Lurgan, we send our sincerest condolences to Clonduff GAC on the death of senior hurler Pearse Branagan.

“Our thoughts and prayers are with his family, friends and team mates at the very sad time. May he rest in peace.”

She said: “My sincere sympathies to the Branagan and McCrilly families at this awful time.

“A great team of people did everything they could to save Pearse but it wasn’t to be.

“Please God his family and girlfriend, his friends and the Clonduff community get the strength they need to come to terms with his untimely death. Ár dheis Dé go raibh a anam.”

St Patrick’s Grammar School in Downpatrick added: “The thoughts and prayers of all at the Red High are with the Branagan family and friends and our fellow gaels in Clonduff GAC following the death of Pearse Branagan.

“Pearse had just begun a teaching career in St Malachy’s Primary School, Kilcoo where he had a massive impact on the school and pupils in such a short space of time. Ar dheis dé go raibh a anam.”