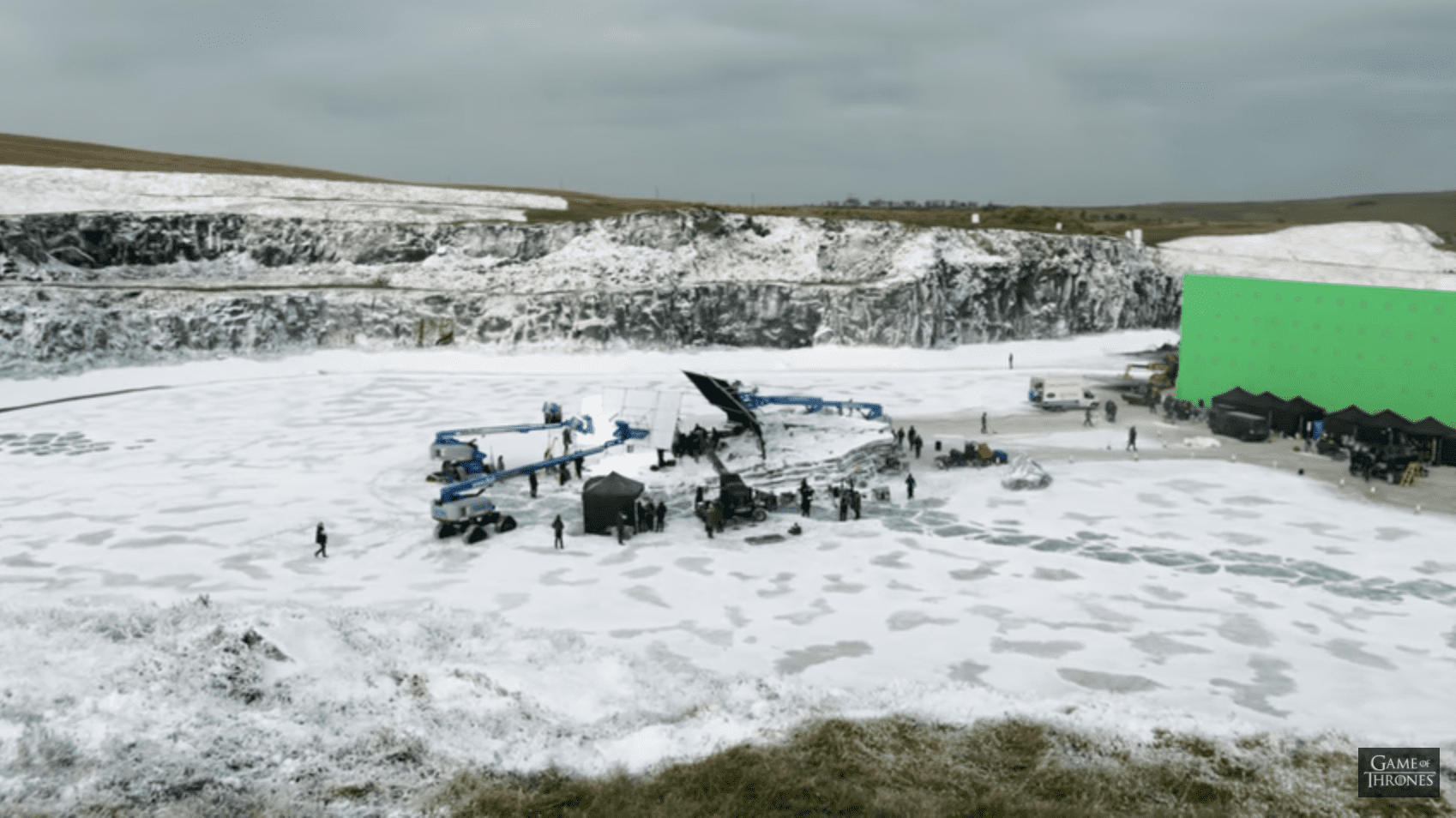 For Game of Thrones fans so used to action, edge-of-your-seat horror and intrigue, even the latest episode ‘Beyond The Wall’ was surprising.

The penultimate episode of the penultimate season focuses on Jon and his not-so-merry men go beyond the wall in search of a white-walker.

The terrain is harsh but you’d be surprised to know (or maybe not) that the ‘Frozen Lake’ is in fact in Belfast – although it’s not a lake, and it’s definitely not frozen.

Wolf Hill quarry was given a complete makeover for the episode but much of the Frozen Lake scenes were filmed in Iceland.

Production Designer Deborah Riley explained: “It’s kind of one of those things when you film something in another location and then are responsible for filming that location off somewhere else, you have to really do your homework to make sure you match it as best you can.”

She added: “When you stand at the top and look down, it was like we were building an airport or something, the scale of it is enormous.”

Sam Conway, SFX Supervisor on the show said it wasn’t easy an easy task to make Belfast look like Iceland.

He said: “We had a very tricky time trying to work out what a frozen lake looks like and how we can achieve that. We went from a compacted quarry floor to putting concrete down for a nice flat finish and then there had to be hues of colour added to that.

“Then we had to work out how the ice would look and trying to make that look three dimensional as if it was transparent ice, all of these things were really tricky.”

Game of Thrones season seven finale airs next Monday at 2am on Sky Atlantic, and repeated at 9pm on Monday night.

Become a member
RelatedBelfastGame of Thrones