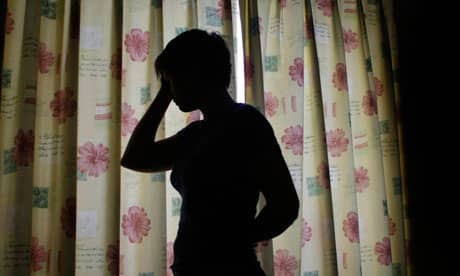 A man from Banbridge is one of five arrested on suspicion of paying for sexual services.

Police confirmed the arrests in Sunday as a man was also arrested in Belfast on suspicion of human trafficking for the purpose of sexual exploitation, controlling prostitution, brothel keeping and money laundering.

The latter was detained by detectives in PSNI’s Modern Slavery and Human Trafficking Unit.

A search was also carried out and a number of electronic devices were seized.

A 27-year-old woman has also been arrested in the Antrim area on suspicion of controlling prostitution, brothel keeping and money laundering.

Both of the suspects have been taken to Musgrave Serious Crime Suite for questioning.

Five men – aged 20, 33, 33, 36 and 52 – have been arrested at locations across Northern Ireland on suspicion of paying for sexual services. They were arrested in the Stewartstown, Carrickfergus, Banbridge, Newtownabbey and Omagh areas.

They have been taken into custody and are assisting detectives with their enquiries.

Detective Inspector Mark Bell said: “These arrests are part of a proactive investigation into human trafficking for sexual exploitation in Northern Ireland which has been ongoing for eight months.

“Sexual exploitation is often an unseen crime – often victims are transported to clients’ properties so there may not be the obvious case of men coming and going to the one property. Furthermore, many victims can be afraid to speak out or may be being held captive.

“However, for some people who are subject to this kind of exploitation, they may not think of themselves as victims. They may be vulnerable and have been manipulated into having sex for money, often controlled and coerced into passing over some of the profits to another person who ultimately lines their pockets as a result of the exploitation.

“I want to appeal to victims to come forward to police. I want you to get the help and support that you need. Perhaps you are in this position but don’t think that you are being exploited.

“I’d urge you to have a think about the people around you and if there is anyone who is pushing you in a certain direction or financially benefiting from your activities, please make contact with the police.

“I also want the public to be aware of the signs to look out for. Maybe you have concern for a friend or someone you know who is being put under pressure to provide sexual services and made to feel that they have no choice.

“They may be keeping anti-social hours and be driven around by someone they won’t let you get to know. There could be obvious signs that the person is being controlled, such as a lack of access to their money.

“Whilst the sale of sex in itself is not a crime in Northern Ireland, it is a criminal offence to purchase sex. I want to make it very clear – if you are paying for sexual services, you are committing a crime. Do you really want to be getting a knock on the door from police, perhaps having to explain to family and friends why you have been arrested?

“I want to encourage anyone who purchases sex to think of the consequences. Furthermore, you cannot be sure that the person providing the services has not been forced to or trafficked to make a profit for the person controlling them.

“Since the Human Trafficking and Exploitation (Criminal Justice and Support for Victims) Act (Northern Ireland) 2015 legislation was enacted in 2015, my team has made 33 arrests for human trafficking.  Over the last three years, we have also investigated 182 potential victims of human trafficking for the purposes of sexual exploitation.

“Human trafficking is unacceptable. The criminals responsible prey on vulnerable people, violate their human rights and exploit them for their own selfish gains. Unlike drugs or firearms which are only bought or sold once, a victim can be sexually exploited over and over again, which could generate a continuous source of income for criminals.

“We are committed to protecting victims and targeting those who exploit or cause harm.  We are working as hard as we can but we cannot tackle this problem alone. We rely on our strong working relationships with a range of partners but we need the public’s help. I would also ask people to contact us with any concerns that they may have by calling 999 if it’s an emergency, or 101. There’s also a Modern Slavery Helpline on 08000 121 700.”