'Some people just don't get the message' 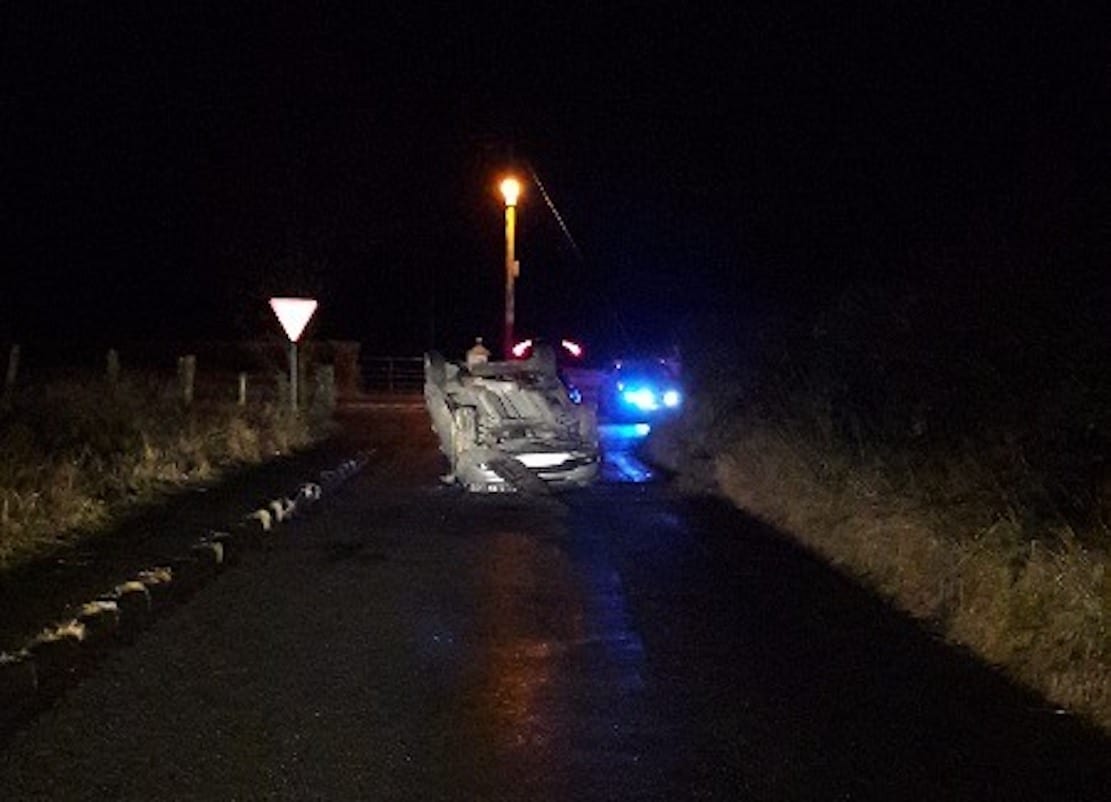 Police have warned people again of driving under the influence over the holiday season.

As checkpoints and random tests are stepped up annually across the district, police have taken to social media to remind people not to get behind the wheel if not fit.

They shared a picture of a vehicle on its roof.

The incident – which happened in the Newtownhamilton area – involved one one vehicle.

And there were no reports of injuries.

But the PSNI in Newry and Mourne shared too a picture from a breathalyser which showed the driver had recorded a ‘fail’.

They posted: “Some people just don’t get the message. Driving whilst under the influence of drink or drugs is not acceptable.

“Thankfully the driver of this vehicle was unhurt but was arrested and will lose his licence.”