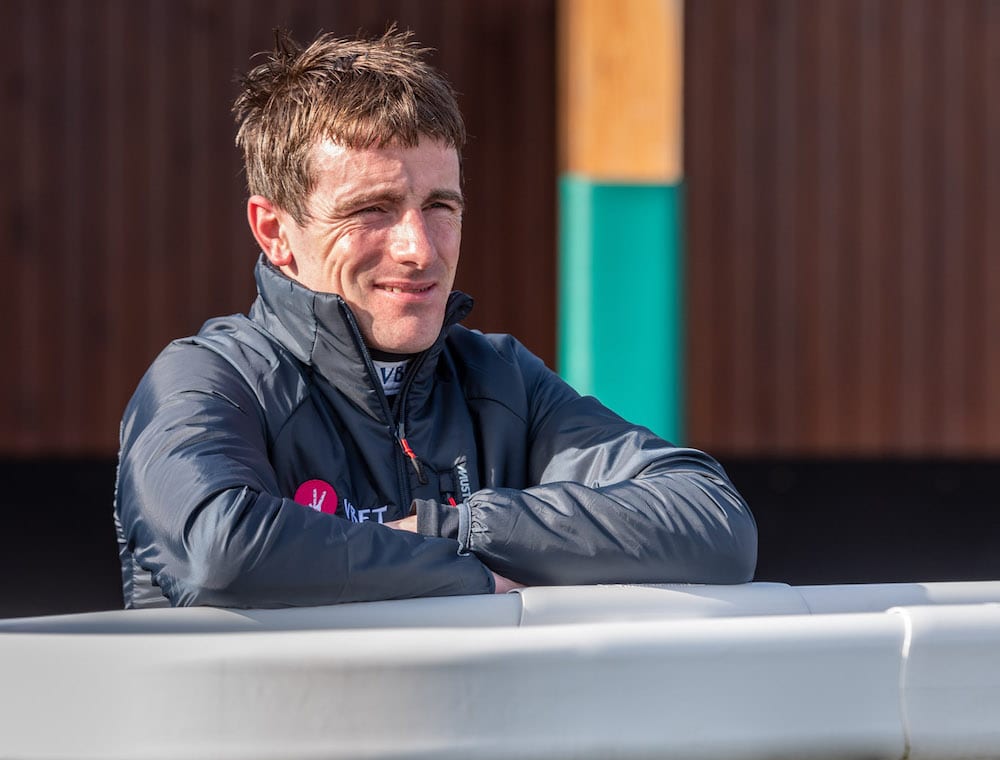 Champion jockey Brian Hughes begins the defence of his title at Southwell today (Wednesday) as National Hunt racing returns to the sporting calendar.

Newtownhamilton man VBET ambassador Hughes and his weighing-room colleagues have been sidelined since March 17 due to the coronavirus pandemic.

But Hughes, who finished last season on 141 winners, is now back in business with three rides at the Nottinghamshire circuit.

“It’s going to be great to get going again. Of course, it’ll be a bit weird riding behind closed doors, but it’s just grand to be back,” he told VBET.

“Obviously, it’s a bit disheartening to be starting back from scratch on zero winners, but that’s the challenge for us all every season.

“I’ve been riding out since April for the likes of Brian Ellison, Peter Niven, Donald McCain and Kevin Ryan, so that’s been grand.

“This time of year is always about the luck of the draw, though, as there are so many entries. It’s a bit manic at the moment, but I’m sure it will calm down within a few weeks.

“Fingers cross I stay fit and well, get my head down and have the same sort of luck as last season. If that’s the case, I’ll once again be hoping to be competitive in the championship.”

Of his rides at Southwell, Hughes added: “In the 12.35 I ride BALLYVIC BORU for Brian Ellison. I’ve won on him before over fences, at Wetherby back in October 2019.

“He’s not run since February but he’s had his wind done since then. Fingers crossed Brian will have another good season with him.

“Next up I’ll get the leg-up on SNAFEE TIGER in the bumper (1.10). He’ll be making his racecourse debut so it’s very much a fact-finding mission.

“Later on the card I’ll be riding SEE THE SEA in the two-mile handicap hurdle (3.40).

“She’s a nice horse and I won three times on her last summer. She also finished second to a good horse in Pacify at Stratford last September.

“I’ve ridden See The Sea at home and she’s in good form. She’s also had a run on the Flat three weeks ago so she should be fit enough.

“It’s a competitive race, but she’s a grand mare.”