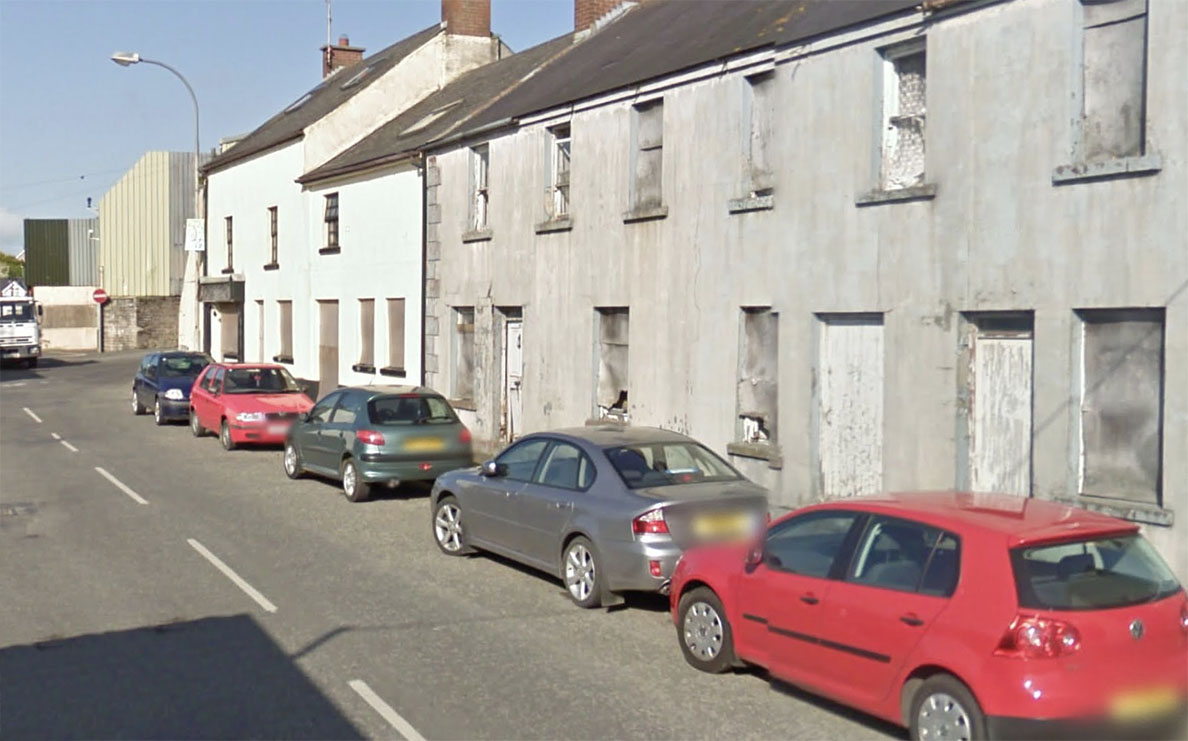 The site of a former pub in Newtownhamilton could be brought back into productive use with plans to construct six apartments in its place.

The site – described currently as “vacant land” – is at 16 Newry Street, at the junction with Shamble Lane.

According to a statement submitted to planners, the applicant in recent months demolished “existing outbuildings within the site, the previous public house and a dwelling house”.

The plan is for two blocks – one of four apartments, the other two.

The proposals have been submitted to Newry, Mourne and Down District Council for consideration.

According to the statement: “The development involved a mix of apartment sizes, in order to meet the needs of a wide cross-section of society and provide choice for prospective purchasers.”

It says: “All existing mature trees and hedgerows will be retained and supplement with native species planting, which will act as a landscaping buffer around and within the site.”

This application comes after one previously approved in 2008 which was for three apartment blocks consisting of a total of 10 apartments.

This scaled down plan has now been submitted.

And the design statement adds: “The principle of development is not contentious owing to the proposal’s improved layout in comparison to the previous approval.

“The proposal sites comfortably in the street scene, replacing the existing unattractive unsightly vacant site, and respects the adjacent properties in terms of design and protection of amenity, and creates high quality living and working spaces for future occupiers.”

A decision will be expected in the coming months.