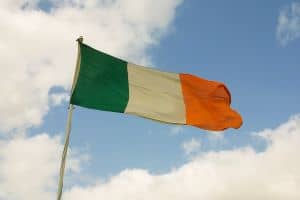 Bessbrook Sinn Féin Councillor and Mayor of Newry and Mourne Cllr Dáire Hughes says he has joined with many from the local community in questioning the need or the purpose of the erection of two Tricolours in the environs of Bessbrook Pond.
“Whilst Sinn Féin acknowledge that there are occasions when it is understandable that our national flag is displayed and flown, the manner in which these particular flags are displayed is a cause for concern,” he said.
“The erection of the national flag in places like trees in the middle of a pond is effectively dishonouring it, and also neither at any time should it be used to impose, intimidate or disrespect.”
“I share the belief of most that our national flag should at all times command the highest degree of respect,” added the Mayor, and he asked for those who erected the flags to remove them.
The Sinn Féin councillor, commenting on the wider issues, of flags and emblems, stated: “We need to respect the right of all citizens to celebrate one’s culture and identity in an acceptable manner, while recognising and respecting the perceptions of those who may view such displays as overtly sectarian, intimidating and indeed threatening in nature.
“Failure to do so perpetuates division and instability. Sinn Féin is committed to proactively work with the Republican/Nationalist community to develop agreed protocols around flags, symbols and emblems with our Unionist/Loyalist neighbours.”