Newry police appeal for information after burglary at Parochial House 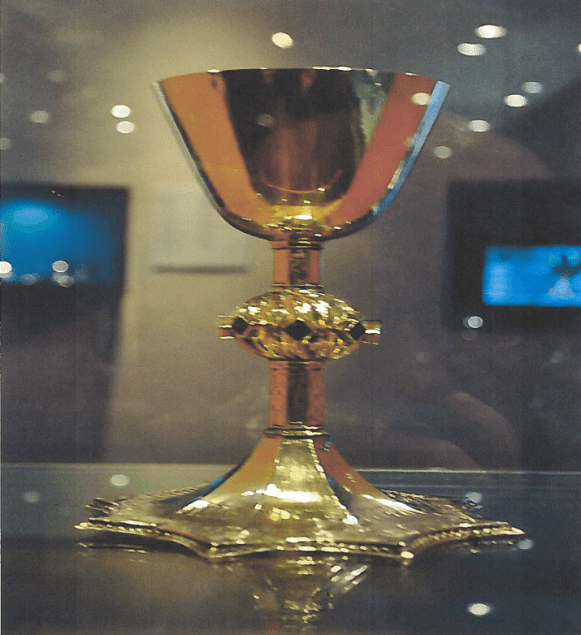 Police in Newry are appealing for witnesses following a burglary at the Parochial House of Saint Peter’s Chapel in the Great George’s Street South area of Warrenpoint.

It happened some time between 1am and 3am on Saturday, March 4.

Detective Sergeant Paul Murphy said: “The front window of the house was smashed and two rooms ransacked.  A number of valuable items were stolen including two chalices – one gold and the other silver.

“We would ask anyone who was in the area at the time and saw anything suspicious to contact detectives on the non-emergency police number 101, quoting reference 258 of 4/3/17.

Picture: A gold chalice of the same design as the one stolen.