Watch: ‘No jobs impacted’ by fire that devastated industrial unit in Newry

Around 40 firefighters tackled the blazed which raged through the night 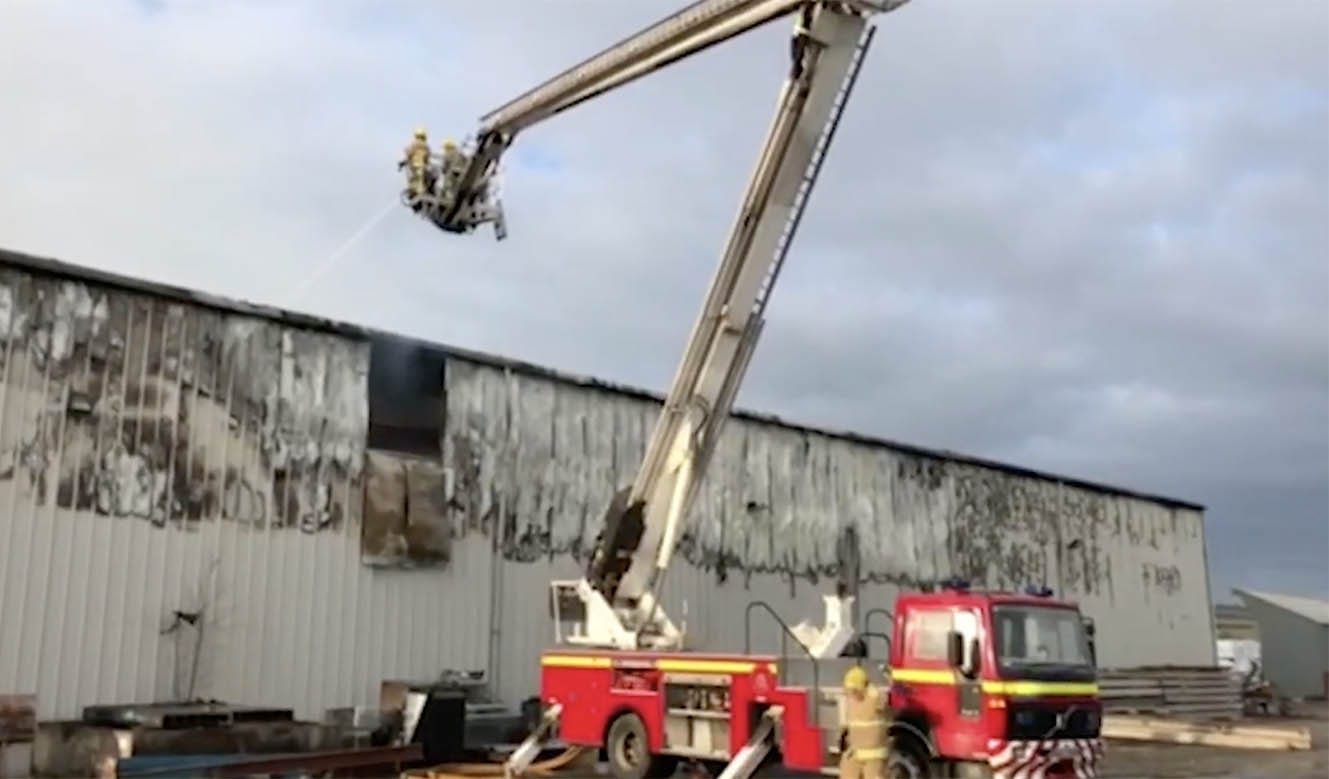 There will be no lasting impact on a local business after a fire ripped through an industrial unit in Newry during the early hours of this morning.

Despite the devastation caused to an industrial unit in the Carnbane estate, the business owner says they will be operational at the facility in the near future.

MLA Justin McNulty visited the scene and praised the work of the Fire and Rescue Service.

“The fire was ferocious but the firefighters have now it got it under control,” said Mr McNulty.

“I want to pay tribute to them for their hard work, bravery and professionalism.

“Almost forty firefighters from Newry, Armagh, Ballynahinch and Clogher with seven appliances including aerial units from Belfast and Omagh have been attending the blaze.

“Thankfully they have the fire under control and no other property has been damaged.

“The timber products may smoulder for some time however and will require the continued presence of the Fire Service.”

He added: “I attended a mulit-agency meeting on site this morning, with representatives of the council, Department of Infrastructure and the PSNI.

“Their joined up efforts have ensured as little disruption as possible. During the height of the blaze, the Fire Service had to overcome the freezing, sub-zero conditions and pump water some distance from the Canal.

“I want to pay tribute to all involved in fighting the blaze. My thoughts are also with property owners and  the business owners. Forest Wood, the business owner have been in business for over forty years, a company specialising in timber importation.

“This incident has caused much devastation to the facility however haven spoken with the businesses owner today I am pleased to confirm that no jobs will be impacted by the fire.

“I hope they’ll be back operational at this facility in the very near future.”

The fire at an industrial unit in the Carnbane Industrial Estate Newry is under control. 15 Firefighters and 3 Fire Appliances remain at the scene. Incident ongoing. #protectingourcommunity pic.twitter.com/wRSxzpJaWj

“Fire crews have remained at Carnbane Industrial Estate as there are concerns about the stability of the building,” he said.

“Once again our Fire & Rescue Service have  played a significant role in protecting people & property. They and all our Emergency Services deserve our utmost appreciation and respect.”