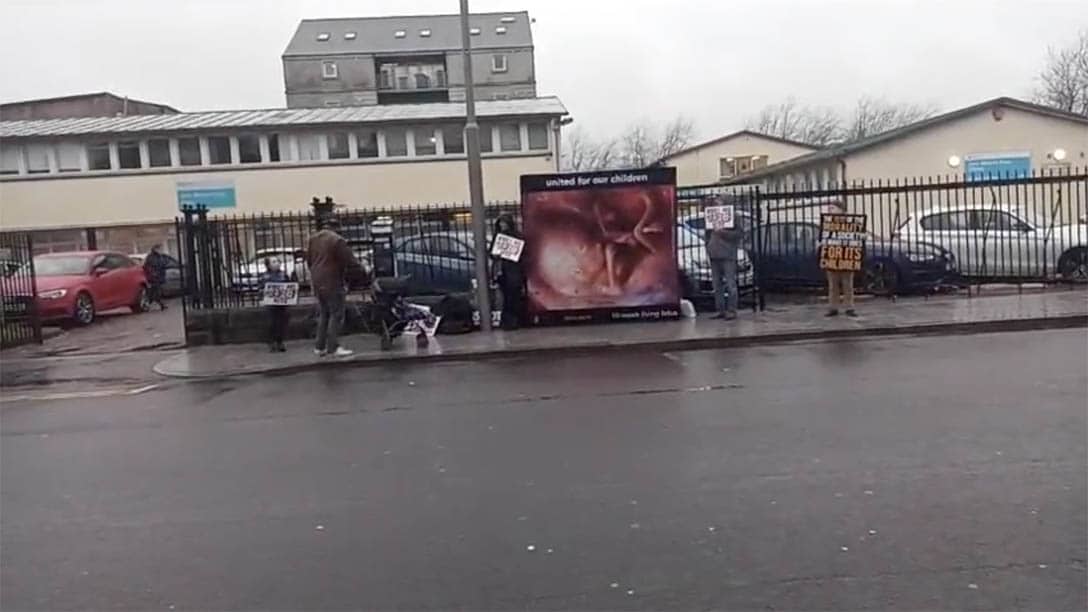 A cohort of women in Newry have formed a group to peacefully protest against “totally abhorrent” anti-abortion campaigners in the city on Monday afternoon.

Newry Sinn Fein MLA Liz Kimmins says these campaigners have intimidated and harassed women as they entered the premises – regardless of their medical needs, and this is something she says, no person should face when accessing healthcare.

Speaking in relation to organised protests at the clinic, the MLA said: “It is unacceptable that women accessing a health clinic have had to face down protesters on their way to appointments.

“This clinic provides a range of services, including support for miscarriage and stillbirth, and women and healthcare staff are having to run a gauntlet when accessing the site.

“It is even more despicable that the South Down MLA Jim Wells has been witnessed in attendance and I intend to raise the elected representative’s conduct with the Assembly Commissioner.

“No one should have to face harassment and intimidation especially women who may be dealing with difficult circumstances.

“A year after abortion provision became legal it is disgraceful that the UUP Health Minister has failed to commission and fund these health services leaving Trusts to pick up the slack.

“The Minister should act immediately and put in place the services that have been legislated for.”

A spokesperson for the group told Armagh I intend to “politely and in a dignified manner”, ask this group to move on and stop harassing women attending the clinic for a wide range of services.

“This is not a pro life/pro choice debate,” said the spokesperson.

“Women have been harassed and intimidated for weeks at this venue, whilst going to appointments. This clinic also provides podiatry, health visitors, social work, infant clinics, sensory team, speech therapy and many other services.

“We are sure these protestors stood on their doorsteps and defended our wonderful NHS staff each Thursday night like the rest of us. Why now do they think it’s acceptable to make those same staff members feel uncomfortable in their workplace? It’s now time to support these staff and put a stop to the intimidation.”

The group branded the tactics “totally abhorrent” and something which will “not be tolerated in our city”.

The spokesperson added: “Whilst we defend anyone’s right to protest, when it infringes on the rights and dignity of our sisters, it’s time to put a stop to it.

“We have had immense support from women and men, which we knew would be the case. Newry is a proud city, with proud people who do not stand idly by and allow our citizens to be treated in such a way.”

“If anyone happens to be out food shopping on Monday between 1pm and 2.30pm please stop and add your voice to the campaign to ‘Stop the Harassment’.”