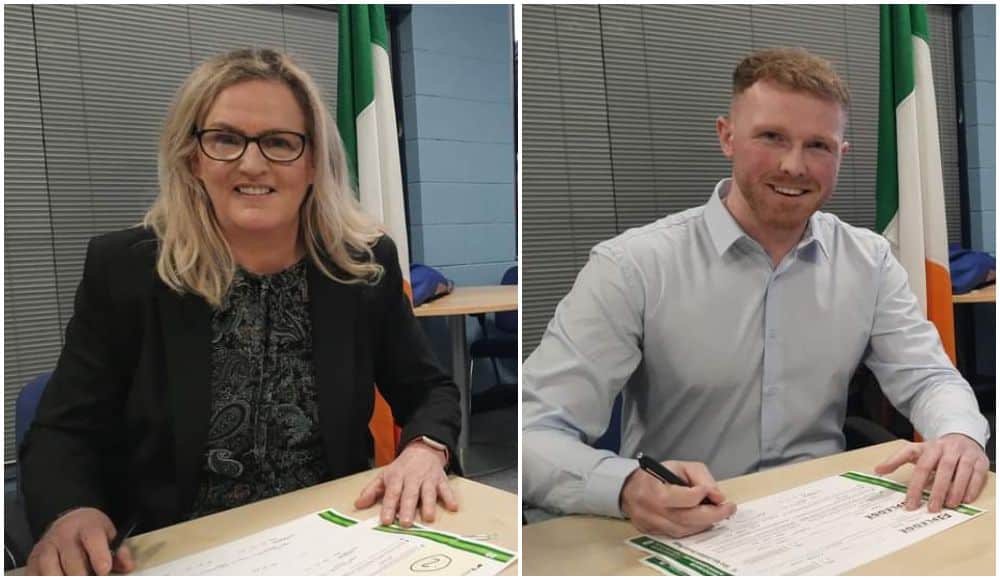 Cathal King and Geraldine Kearns have now been officially co-opted for the Newry City Electoral area.

They will replace outgoing councillors Charlie Casey and Roisin Mulgrew.

A Sinn Féin spokesperson said: “We wish to thank the outgoing councillors Charlie Casey and Roisin Mulgrew for their services and wish them all the best for the future.

“We look forward to working with Cathal and Geraldine as they take their place as part of the strong Sinn Féin team in Newry.”

Last month, Ms Mulgrew announced she was not standing in next May’s elections.

During her stint in council, Roisin held a number of positions including Chair of Council. She was also a director of a Local Action Group (LAG), which oversaw £11.2 million of funding invested in local communities through the Rural Development Programme.

Mr Casey was a councillor for 21 years and was twice former mayor of the Council.