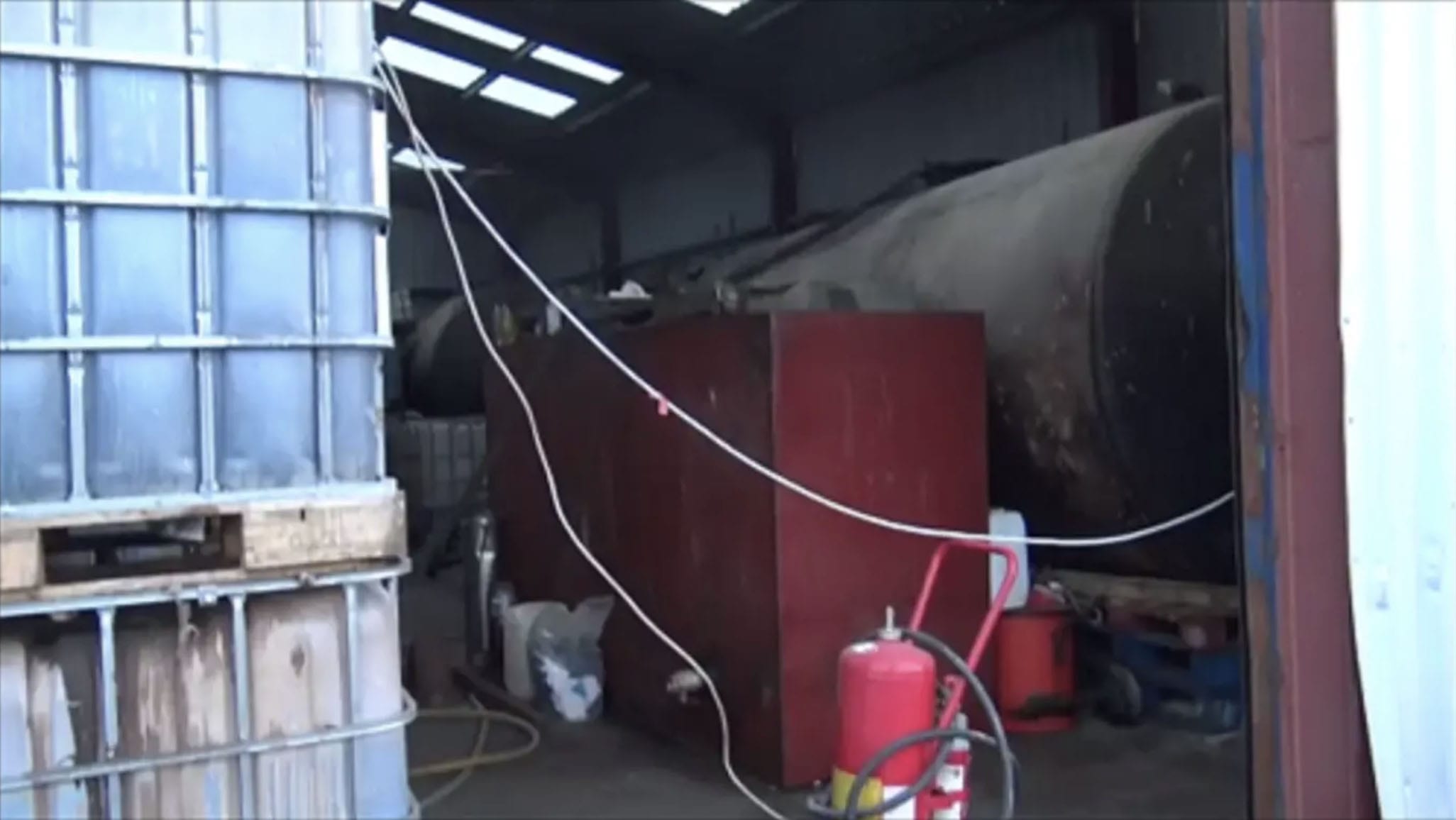 Two men have been arrested and a suspected fuel laundering site in south Armagh was dismantled.

The arrests of the men, 23 and 29, were made as part of an HM Revenue and Customs (HMRC) investigation into what is believed to be a multi-million pound fuel fraud.

HMRC officers, supported by Police Service of Northern Ireland, carried out a search of an industrial address on the outskirts of Newry on Tuesday, January 9.

A suspected distillation-type fuel laundering plant (pictured) was dismantled and 45,000 litres of fuel seized, along with specialised equipment thought to be being used in the laundering process.

The suspected laundering plant had the potential to produce in excess of 10 million litres of illicit fuel a year, with the potential loss of £6.5 million in revenue.

Steve Tracey, Assistant Director, Fraud Investigation Service, HMRC, said: “We remain alert to the often dangerous methods criminals use attempting to remove the government markers from rebated fuel and will continue to work with our multi-agency partners to tackle this crime, one we are determined to detect and disrupt.

“Given that laundering plants have been found close to homes and retail sites they have always posed a serious risk to the public.

“Fuel launderers abandon harmful waste and transport fuel in vehicles that are unfit for purpose and unsafe.

“We believe criminals are now experimenting with processes that carry a risk of explosion as they seek to defeat fuel markers and I would urge anyone with information about this extremely dangerous activity to report it to HMRC online or contact our Fraud Hotline on 0800 788 887.”

The two men arrested were questioned by HMRC and have been released on bail.

Investigations into the fraud are ongoing.