Group of four men were descended Slieve Bearnagh at the time 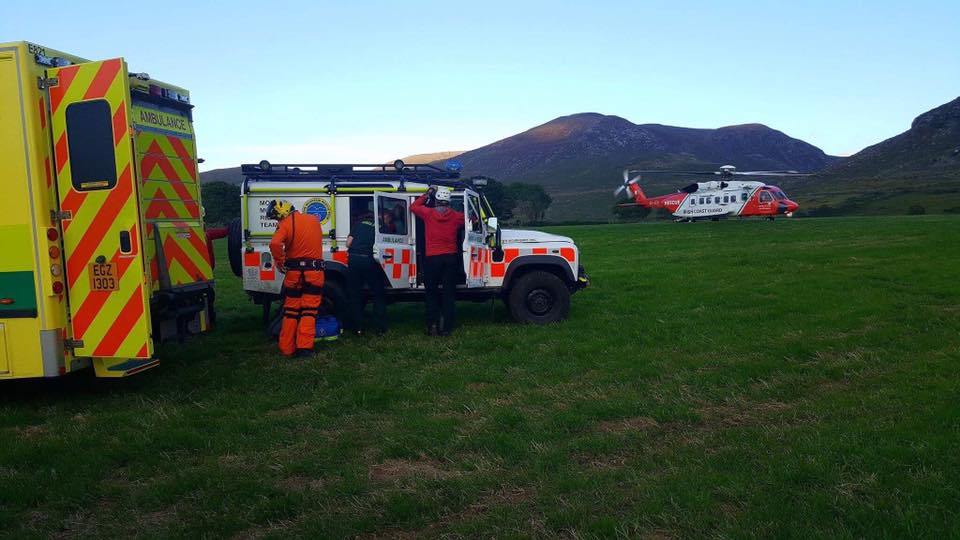 Two men were airlifted to hospital following a mountain rescue in the Mournes on Saturday afternoon.

Mourne Moutain Rescue team were tasked to the scene on Slieve Bearnagh around 4.30pm.

Four men were descending the east face of the mountain when two lost their footing and fell.

A spokesperson for the Mountain Rescue Team said: “The initial report only indicated one casualty with a head injury.

“The team responded and located one casualty well below the slabs at which stage we were alerted to the second at the slabs.

“The first casualty was assessed, treated for multiple injuries and packaged for evacuation. Due the to severity of the casualties injuries a helicopter evacuation was requested.”

A helicopter from Holyhead responded and airlifted the casualty to hospital.

The spokesperson added: “The second casualty was assessed, treated for their injuries and packaged for a stretcher evacuation to RV with an NIAS crew.

“During the evacuation, the casualty deteriorated and another helicopter evacuation was requested. ICG SAR Helicopter 116 from Dublin responded and airlifted the second casualty to hospital.”

A total of 18 members responded to the call before, which ended around 10.30pm last night.