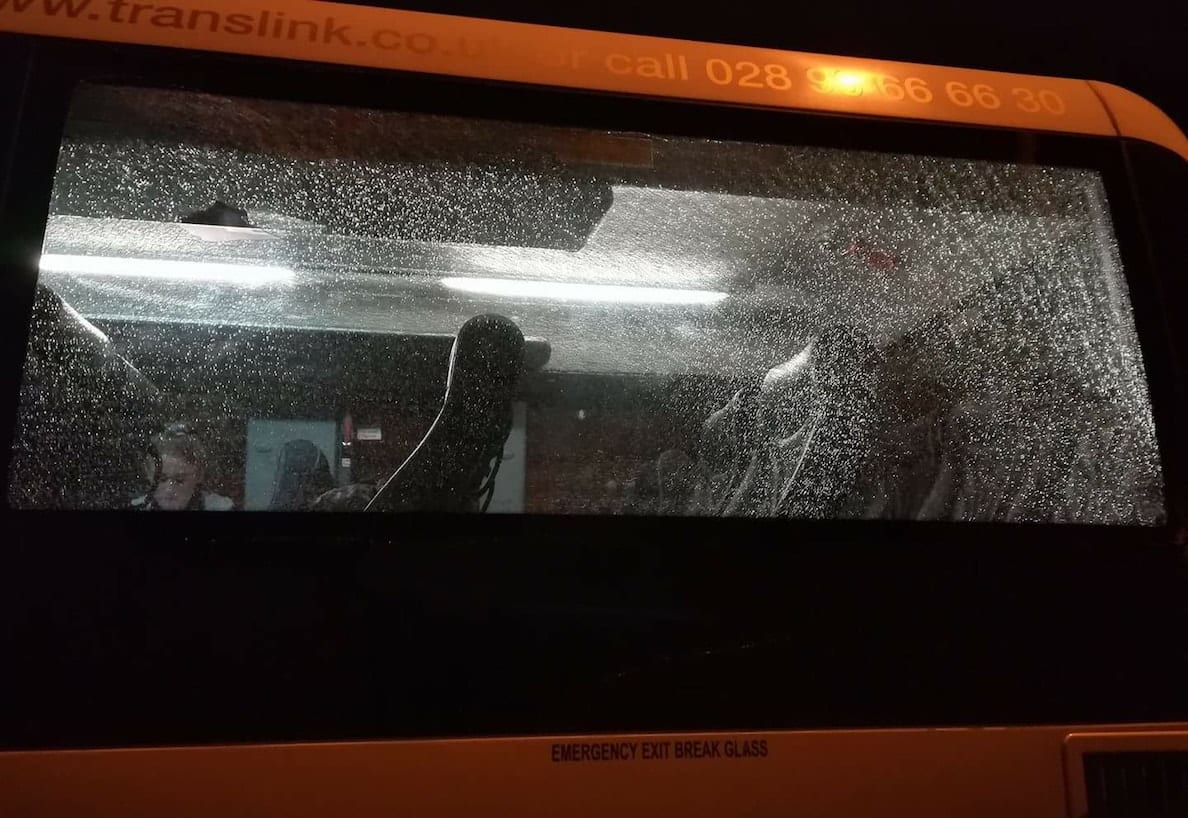 A Translink bus travelling along a main road in Newry had its windows smashed by youths last night (Monday).

The bus was brought to an abrupt halt on the Camlough Road after a rock went careering through one of the side windows.

Fortunately there were no passengers on board at the time.

This is the latest incident which has blighted motorists travelling along that particular stretch of road.

The PSNI also confirmed to Armagh I that they received a report of a Vauxhall Insignia car being struck by a stone shortly after 6.15pm yesterday evening.

Enquiries into that incident are ongoing.

A Saoradh spokesperson in Newry condemned the incident and called for an end to the anti-social, and highly dangerous, criminal act.

“The latest incident happened when an Ulster bus employee had a near crash after the window of the bus was smashed whilst he was driving home after a days work,” said the spokesperson.

“We hope that the driver is ok and not too badly shaken. Those carrying out these attacks on passing motorists must stop these acts before someone is seriously injured or even killed.

“It was only last month that our activists took to the Camlough Road with the local community to call for traffic calming measures.

“If it takes us to take to the streets to stop this anti social behaviour with our community then we will not be found wanting.

“If anyone has the names of those carrying out anti social behaviour, and bringing the good name of our community down, please don’t hesitate in passing those names onto any of our activists in the Derrybeg/Carnagat areas.”