Tesco Extra in Newry sold for more than £27 million 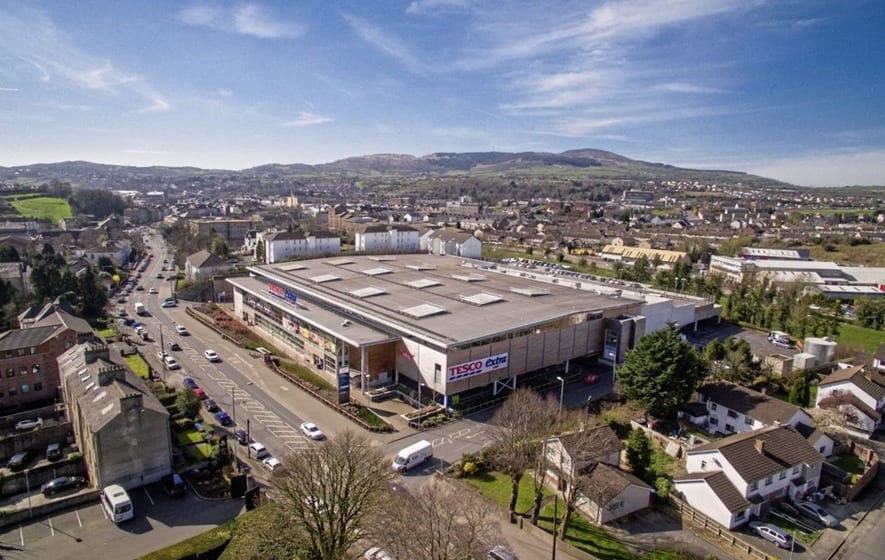 A huge Tesco Extra store in Newry has been sold for more than £27 million.

It is one of the largest commercial property deals to take place in Northern Ireland this year.

The the 93,788 sq ft foodstore has been sold by Aberdeen Standard Investments to a private investor.

The building was only constructed in 2013 with Tesco leasing it for 25 years at an initial rent of just over £1,5 million a year.

Ben Turtle from Savills Northern Ireland, who assisted with the sale, said: “The high-quality tenant in situ ensured demand for this asset was strong throughout the sales process.

“The incoming purchaser will benefit from an attractive net initial yield and a tenant with an unexpired lease term in excess of 21 years.”

The sale of the property comes as Tesco pulls back on further expansion in Northern Ireland – with Armagh feeling the pain of that withdrawal in recent years.

In 2015 it shelved plans for a store in Armagh – on the site now occupied by Home Bargains.

However, Tesco are the largest supermarket chain in Northern Ireland, with over 50 stores.