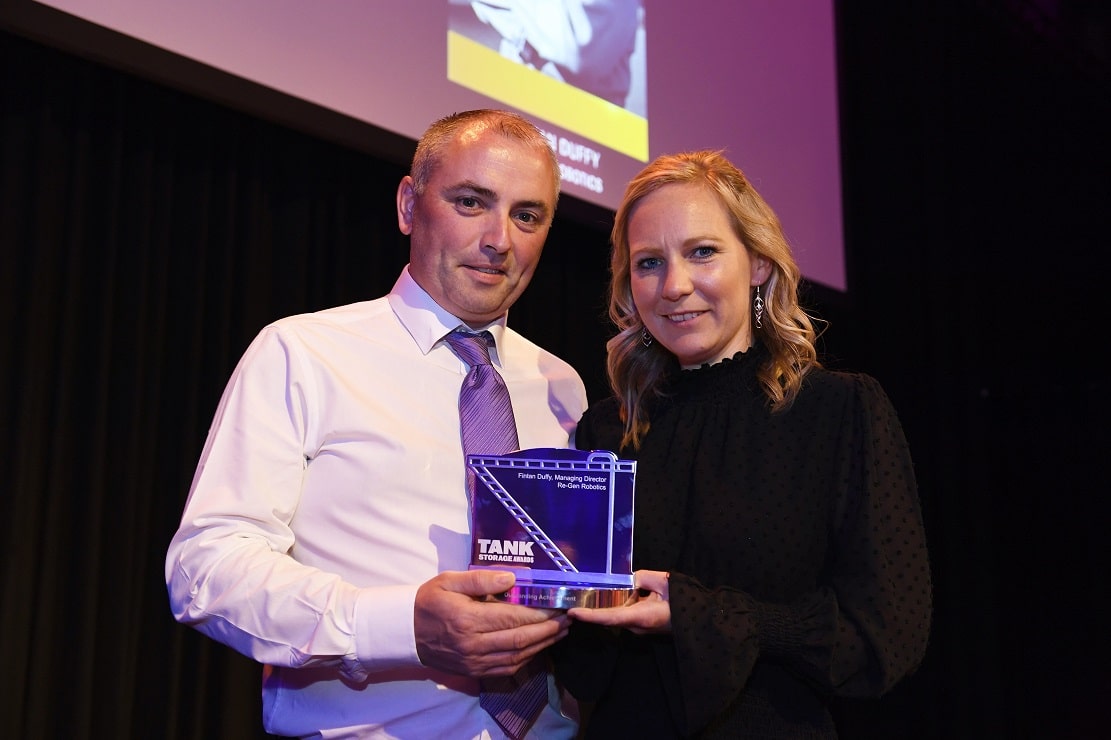 A man responsible for a team which designed a cleaning service that eradicated the need for human entry into tanks, thus improving safety, has won an Outstanding Achievement Award.

It took place in Rotterdam on May 24.

The awards highlight those who excel in a range of different categories relating to terminal achievements, equipment innovations, ports, and individual success.

The winners are recognised for their excellent contribution to safety, innovation and sustainability in the tank storage sector.

After receiving over 200 entries from across the globe, this year’s judges shortlisted more than 80 entrants that were in the running to get their hands on a trophy.

The Outstanding Achievement category was open for public vote.

Not only did Mr Duffy receive the most votes from the industry, but he was also recognised by the international jury for his commitment to his role and for his achievements in non-man entry tank cleaning.

He said: “I am absolutely thrilled to be honoured with this award and recognised by my industry peers. I am accepting this award on behalf of our very talented team. With people like them by my side, there is very little we can’t achieve.

“Re-Gen Robotics is spearheading the revolution in tank cleaning and our extensive experience in robotic design and delivering an award-winning service, has propelled Re-Gen Robotics far ahead of the competition.”

Responding to the rising number of confined space deaths, Fintan assembled a team to design a bespoke robotic cleaning service that eradicated the need for human entry into tanks.

He said: “Our team has redefined how the dirtiest, most dangerous tanks are cleaned, and we have set a new benchmark for tank cleaning in the sector.”

In the last six months, Re-Gen Robotics has picked up a number of awards.

It won the Energy Industry Council’s Innovation Award for delivering enhanced products, services and strategies to meet specific client needs and for building differentiation in the sector, as well as the Sustainability Award for taking responsibility, as part of their business strategy, to conserve natural resources and protect global ecosystems.

It also took the Company of the Year Award based upon their best practice scores from the EIC’s 57 industry judges.

The Northern Ireland Regional Chamber of Commerce presented the company with the Problem Solver Award, which recognises businesses that have transformed a product/service or the market it operates in.

They recently lifted the Made in NI Awards Digital Engineering/Technology Award which recognises the best used or developed software, technology or technical processes to solve problems or add value for customers.