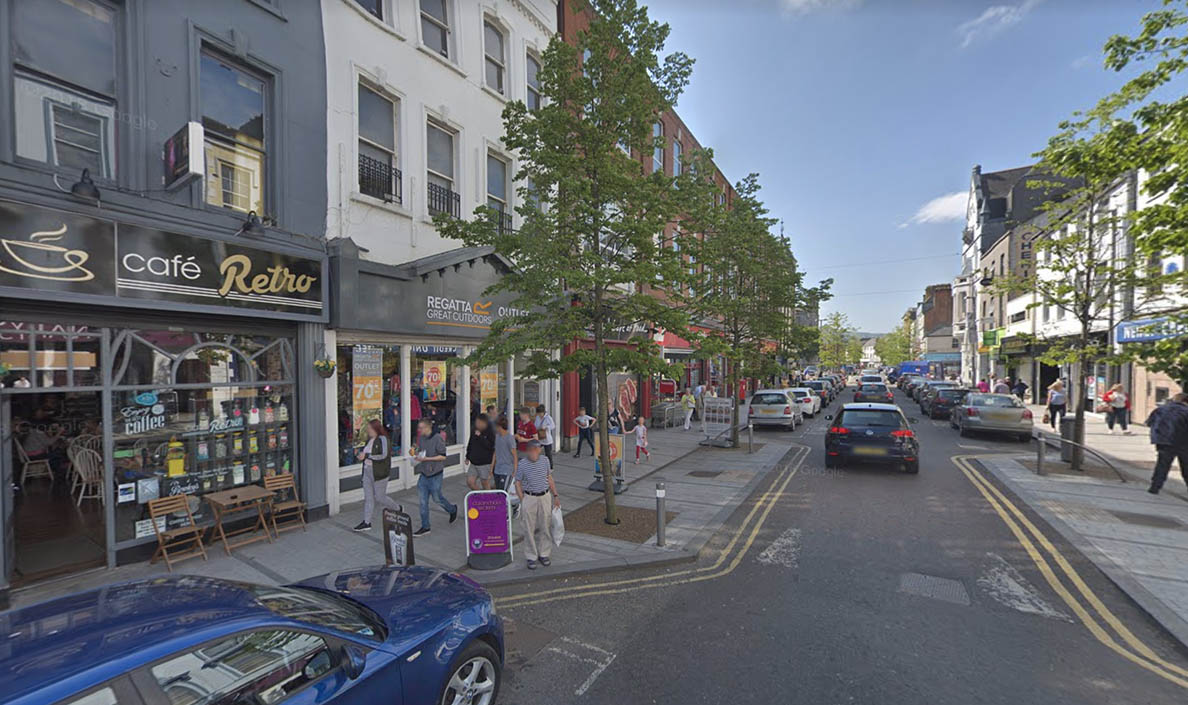 A staff tip jar was among the items stolen from a number of businesses in Newry city centre.

There has been a reported increase in thefts from premises in the Hill Street area of the city (pictured) in recent weeks.

“This is an unfortunate trend and really is a great cause of concern” said councillor Casey, who is also Council Chairperson.

“The thieves involved in these criminal acts of theft are heartless and care about no one but themselves.

“One of the premises robbed in Hill Street lost equipment, shop float and a staff tip jar.”

Urging vigilance the Sinn Féin elected representative added: “Business and homeowners are weary of being seen as soft targets by these criminals.

“We all need to be vigilant and watch out for each other.

“It is also essential that the police focus on apprehending those involved in these burglaries so that they face the full rigours of the law.”