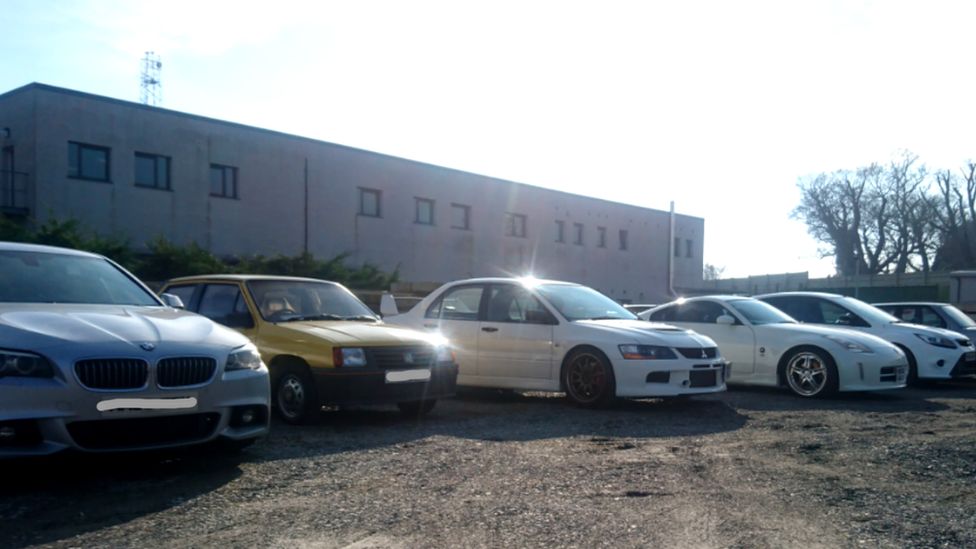 Cars were seized on Monday

A Jonesborough man who appeared in court charged with the supply of Class A and Class B drugs in connection to encrypted phone data has been refused bail.

The 33-year-old was arrested following a National Crime Agency-led operation in the Newry area on Monday as part of Operation Venetic in which a number of cars were seized.

The defendant was connected to the offences, which are alleged to have occurred between March 25 and June 15, of last year, by a detective constable.

Defence solicitor John Murphy made no question to the connection and made it known that an opposed bail application would be made on behalf of his client.

Court heard that the handsets cost in the region of £1,200 to £1,500 each, with them lasting for around six months.

Mr Steer outlined that the user of the handset in question had the handle “eagletoxic” and that police had reason to suspect this as being the defendant.

In two messages, the user is said to have stated his own name, in one commenting: “There is only one Hewitt….as rare as my car collection”.

Mr Steer stated there was also a picture which appeared to show Hewitt in a bath wearing a “crucifix necklace” along with images resembling the exterior of his home.

During searches conducted at a shed police seized nine classic cars with a further four being taken from the defendant’s home.

A notebook was also found behind a microwave in Hewitt’s home which prosecution claimed contained slang terms for drugs, often used on encrypted messages.

Mr Steer stated there were also notes of “very large amounts of money” totalling in the region of £2 million.

He submitted that Hewitt was believed to be “involved in drug dealing at a very high level and part of a network”.

Court heard that somewhere in the region of 25 people had been charged in relation to the encrypted data investigation, with the vast majority since achieving bail.

Mr Steer commented that this case was at “an early stage” and that the defendant could “frustrate” the significant financial investigation which was ongoing.

Meanwhile, the detective constable added there was a fear Hewitt would abscond with him living “close to the border” and being believed to have connections “throughout Europe”.

Addressing objections, Mr Murphy stated: “The issue of absconding, the fact he lives close to the border does not make it any more likely. Practically everyone in Northern Ireland lives within an hour of the border.

“It has been widely reported in the national media that the encrypted network had been cracked last year. Since then he has made no steps to remove himself from the jurisdiction.”

In relation to the frustration of the investigation, the solicitor commented that the prosecution could make a proceeds of crime application to freeze his client’s assets.

He also outlined that bail conditions could include a curfew, electronic tagging and obligations to report to police daily.

Mr Murphy added that Hewitt family had also made a cash surety of £10,000 available to “assuage any fears”.

Refusing bail, Deputy District Judge Philip Mateer stated: “I’m not satisfied the conditions would give the court confidence that he wouldn’t abscond.

“As the prosecution has said, it is still at an early stage and the concern is that he may frustrate the police investigation by dealing with assets that are not yet known.”

Hewitt was remanded in custody to appear before Newry Magistrates’ Court on March 24.