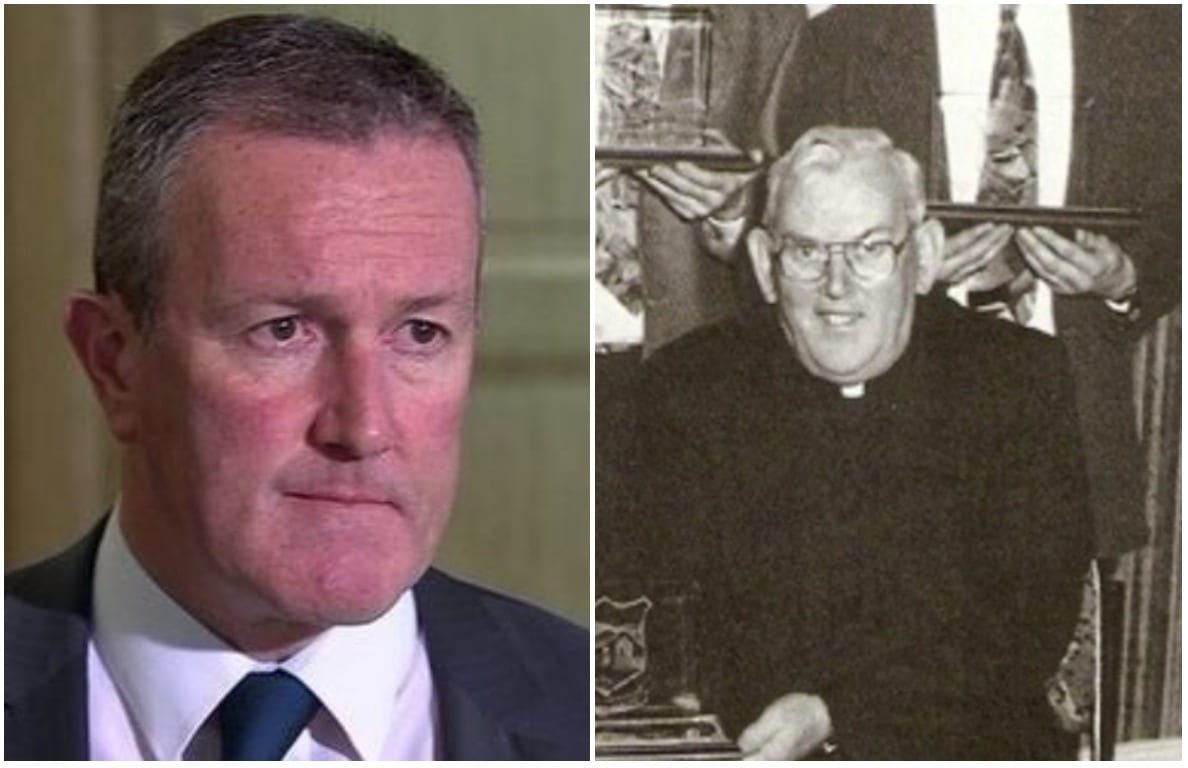 A Co Armagh Sinn Fein politician has spoken out of the physical abuse he suffered at the hands of a paedophile priest.

Conor Murphy – an MLA for Newry and Armagh – says the late Malachy Finegan attempted to sexually groom him.

Mr Murphy was speaking with the Press Association when he revealed the details, which included Finnegan dragging him into an office at St Colman’s College in Newry before beating him.

Mr Murphy attended the College from 1975 to 1980 said Finnegan’s sexual interest in young boys was common knowledge at the time, adding that he was angry nobody in authority stopped him.

Mr Murphy, 54, said: “I was a 14-year-old. There was a bit of a ruckus going on and Finegan burst into the room. He singled me out, dragged me by the hair, along the corridor, up two flights of stairs and then he beat me with a stick on the hands and about the body.

“Then he suddenly flipped, sat me down and started asking me personal questions – did I smoke, did I drink?

“I can’t remember my responses but I wasn’t shocked because I had been forewarned by other pupils that this was what was likely to happen.”

Speaking on some of the conversations Finnegan would try and engage pupils on, Mr Murphy, said: ““We knew it was inappropriate, that it was not natural for a man, particularly a priest, to behave in that fashion.

“This was the late 70s, we were 14-year-olds. We didn’t understand it was essentially a grooming exercise.

“We didn’t know he had sexually abused boys but we understood he had an unhealthy interest. It was also evident he was drinking very heavily. He would appear in the mornings with his shoelaces undone, his vest hanging out underneath his shirt, the eyes bloodshot and quite aggressive.”

He added: “As time went on students themselves got to know that he had an unhealthy interest in young boys and that if you were in the room alone with him that he was liable to ask you very inappropriate questions and display an inordinate interest in your sexual development as a child.

Finnegan worked in the school from 1967 to 1987 and has also been accused of abusing children in later years during his time as a priest for the Clonduff parish in Hilltown.

Despite his death in 2002, the full extent of his harrowing crimes has only emerged in recent months.

St Colman’s College have condemned his actions in the “strongest possible terms”.