This is the latest attack on the memorial 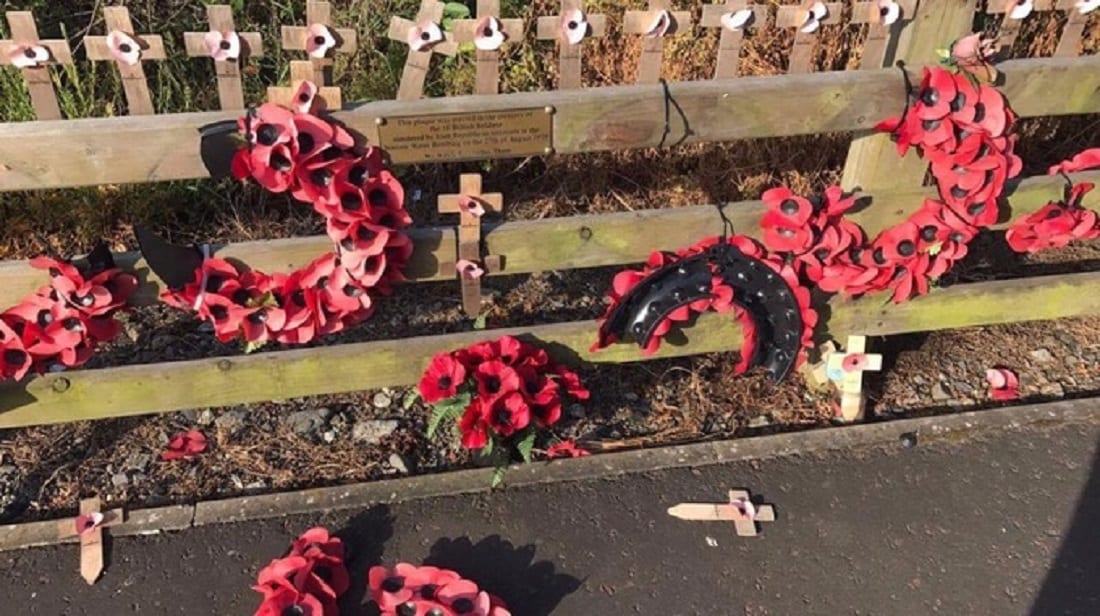 A memorial to victims  service personnel at Narrow Water Castle has been destroyed in what has been described as a “sickening attack”.

Police are appealing for information after damage was caused to a memorial at in Warrenpoint.

Shortly before 8.30am this morning (Thursday), police received a report that floral tributes at the memorial at Narrow Water Castle had been damaged.

Sergeant Allister Patterson said: “We are treating this incident as a hate crime and I am appealing to anyone who saw any suspicious activity in the vicinity recently, or anyone who may have information that could assist in our enquiries, to contact police in Newry on 101 quoting reference 264 of 25/05/17. Alternatively, information can be given anonymously through the independent charity Crimestoppers on 0800 555 111.”

Ulster Unionists David Taylor and Harold McKee have expressed their disgust at the desecration.

Councillor Taylor said: “I am disgusted that poppy wreaths placed at Narrow Water, Warrenpoint have been desecrated once again.

“These attacks never stop. It is just endless. The people that commit these crimes are full of hate. Given the events of this week when we have seen terrorists bring death and destruction to the people of Manchester, it is appalling that there are still people in Northern Ireland who have learnt nothing from our past and are so full of hatred that they want to destroy memorials to the victims of terrorism from Northern Ireland’s Troubles.”

Harold McKee, Ulster Unionist Westminster candidate for South Down added: “This is a completely sickening attack and it only serves to compound the pain of the families of the service personnel who lost their lives at Narrow Water.

“All right thinking people should condemn this hate crime and I would appeal to anyone with information on this incident to report it to the PSNI immediately. The police need help to bring the criminals responsible before the courts.”