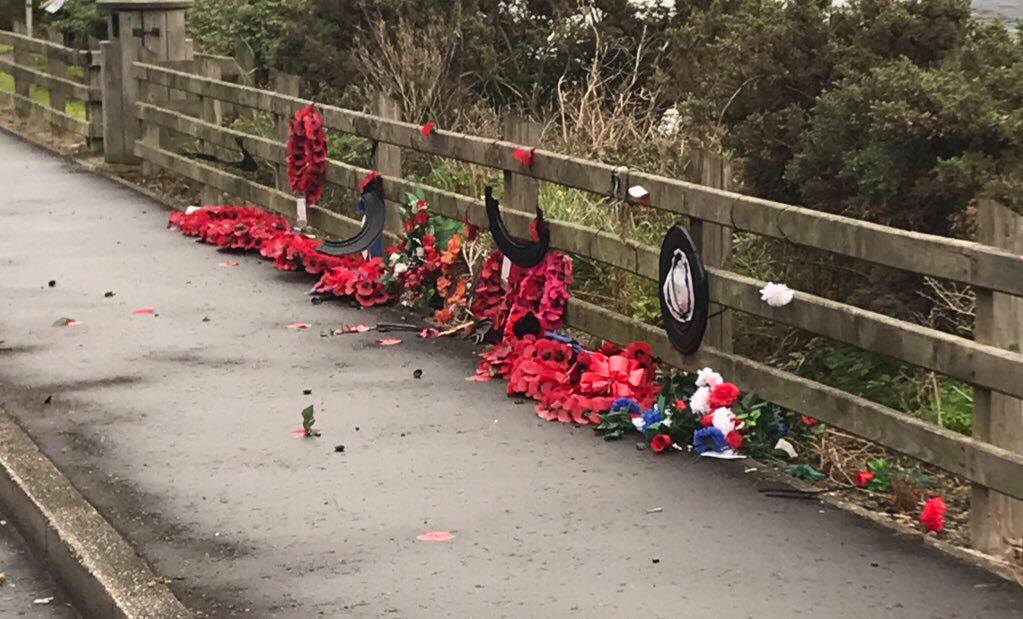 The Narrow Water memorial in Warrenpoint was once again desecrated in what has been branded a “shocking” and “sickening” attack.

It is understood the attack was carried out by a bus carrying Cliftonville supporters following their league clash with Warrenpoint on Saturday afternoon.

Cliftonville Football Club said it was “aware of allegations of involvement from persons returning from our fixture in Warrenpoint”.

The Club’s chairman Gerard Lawlor told the BBC: “We live in a sad society where anyone would get a kick out of desecrating a memorial.

“If anyone connected with our club has any information about the incident then they should report it to the PSNI.

“This pathetic act isn’t in my name nor that of Cliftonville Football Club.”

Newry and Armagh MLA William Irwin condemned what he says is now, unfortunately, a ongoing theme.

“It’s shocking, sickening and saddening that people would stoop so low to desecrate this memorial. Yet it is such a regular occurrence, time and time again the wreaths are smashed and scattered.

“Today another incident where the memorial has been destroyed,” he added.

Ulster Unionist councillor David Taylor added: “It is hard to find words strong enough to condemn the actions of those so called Cliftonville football fans who got off a bus at Narrow Water, Warrenpoint on Saturday to desecrate a memorial to 18 men who were murdered on that site 39 years ago.

“Their attack on this memorial is deplorable. They have vandalised poppy wreaths and destroyed messages left in memory of those who were murdered at Narrow Water.

“These so called football fans are the lowest of the low and are intent on causing more pain for the families of the victims.

“They are vile and disgusting individuals who have brought shame on the football club which they claim to support. They must not be allowed to get away with this.

“I would expect to see prompt and robust action from the PSNI in pursuing the criminals responsible to bring them before the courts.

South Down Sinn Féin MLA Sinead Ennis said “there is no place for attacks like this in our society and I condemn this act outright”.

She added: “This is the second time in recent months that the wreaths at Narrow Water in Warrenpoint have been vandalised.

“Monuments and memorials are important places in communities and should be respected.

“I would encourage anyone with information on this incident to contact the PSNI.”

The memorial is in memory of eighteen soldiers who were killed in two IRA bomb attacks at the site near Warrenpoint in August 1979.