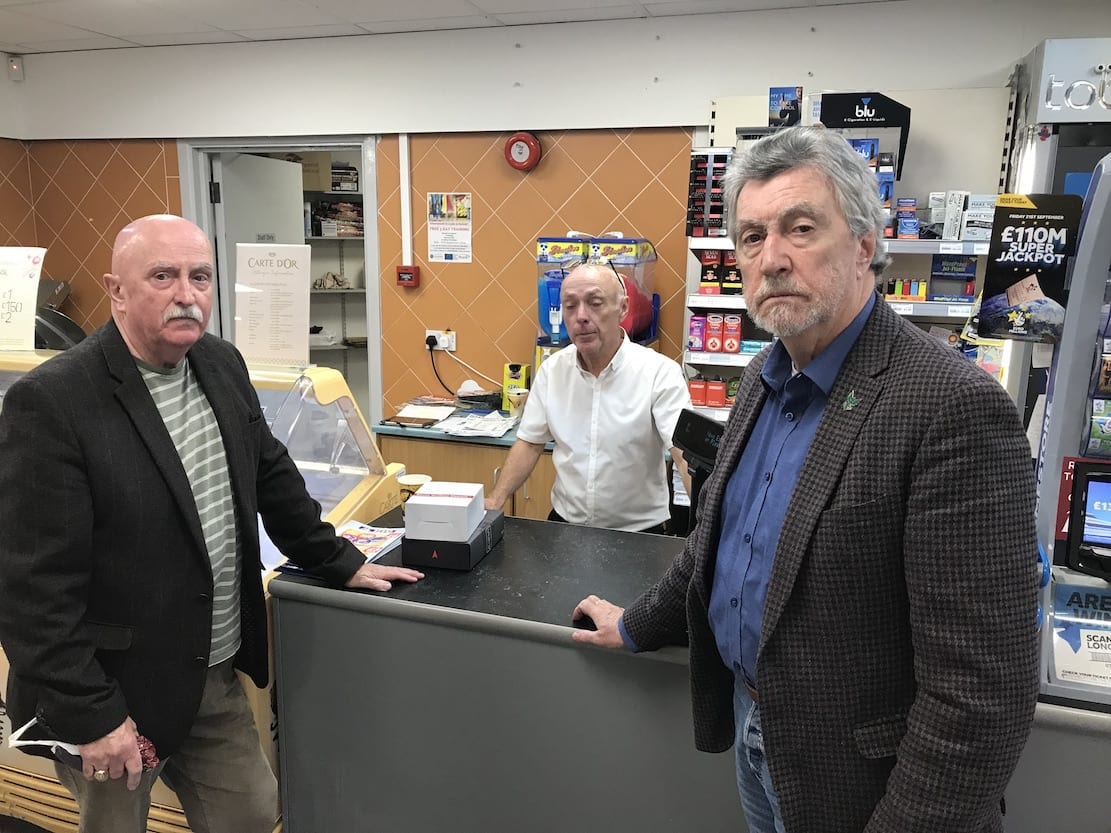 A Newry shop owner suffered a horrific ordeal as two masked youths armed with a hatchet stormed his store.

And it’s not the first time the Vivo Shop at the Whitegates complex in the Meadow area has been targeted, having been the choice for robbers earlier in the year.

It is understood the two youths, with their faces covered, entered the premises on Wednesday afternoon and demanded cash from the till.

Sinn Fein representatives MP Mickey Brady and councillor Charlie Casey visited the premises to offer their support to the owner.

“This was a horrific ordeal for Charles,” said councillor Casey. “This is serious anti-community criminal activity and those engaged in it should face the full rigours of the law.”

Mr Brady called for anyone with information that will identify the perpetrators.

He said: “Charles pointed out that this is the third time the shop has been targeted and it is having a negative impact on his business in the area in general.

“He is supplying a community asset and creating local jobs but this anti-community activity is putting all of this in danger.

“Anyone with information about this criminal act should contact the PSNI.”