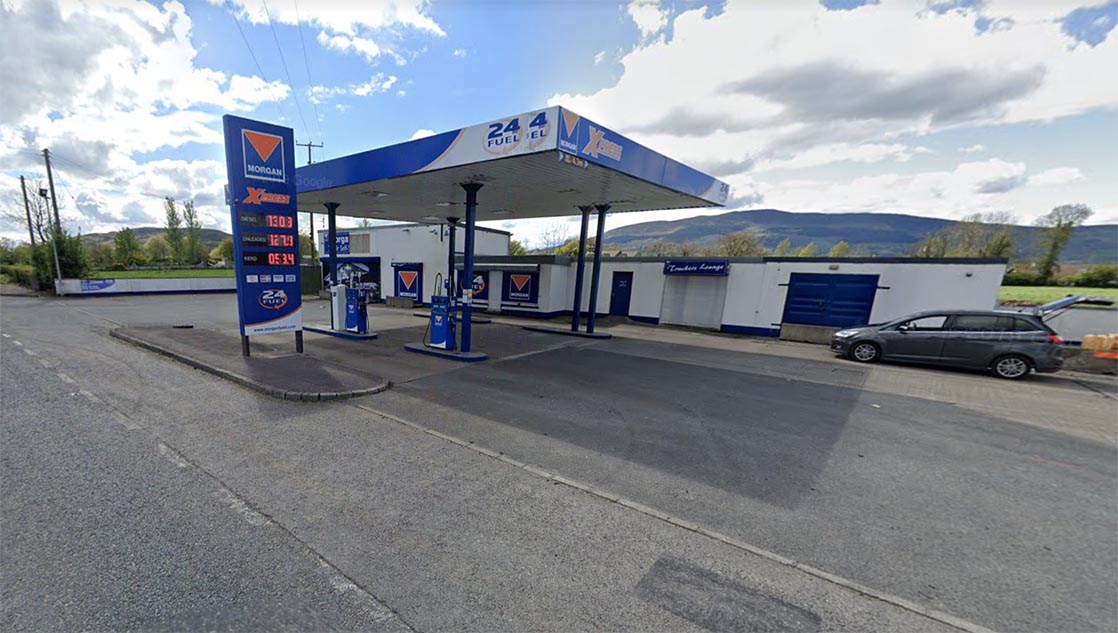 Plans to build a new service station, convenience store and restaurant on the outskirts of Newry have been given the go-ahead.

The development – by Morgan Fuels Ltd – is estimated to cost in the region of £1 million.

The application has been under consideration since plans were first lodged with Newry, Mourne and Down District Council back in February 2019.

The intention is to demolish the existing 24-hour service station on the site and replace with a larger and more accessible facility.

The development is earmarked for a site on the Dublin Road and it has been estimated that the new enterprise will create more than 10 jobs.

The new service station will include a covered forecourt containing 12 fuel pumps.

There are also plans for a convenience store, as well as a deli counter, restaurant, two commercial units and public toilets.

The proposals also incorporates services as well as landscaping works. There will be parking – close to 80 spaces – with specific HGV parking to the rear of the new development.

The full application relates to a site at 251 Dublin Road, which includes the 24-hour self-service station, and associated former commercial buildings, previously operated as ‘Morgan’s Cafe and Truckers Lounge’.

The proposal had included an expansion to the site taking in part of an adjoining field.

A design and access statement urged council to approve the proposals and pointed to the benefits for the local area.

It explained: “It will involve the demolition of the existing unattractive buildings on site and the development of a modern facility providing a wider range of retail, restaurant and retail service facilities for travellers on the road network.”

During their considerations of the application, planners received three letters of objections.

But the recommendation – which was accepted by the Newry, Mourne and Down Council’s planning committee – was that the development be allowed to go ahead.