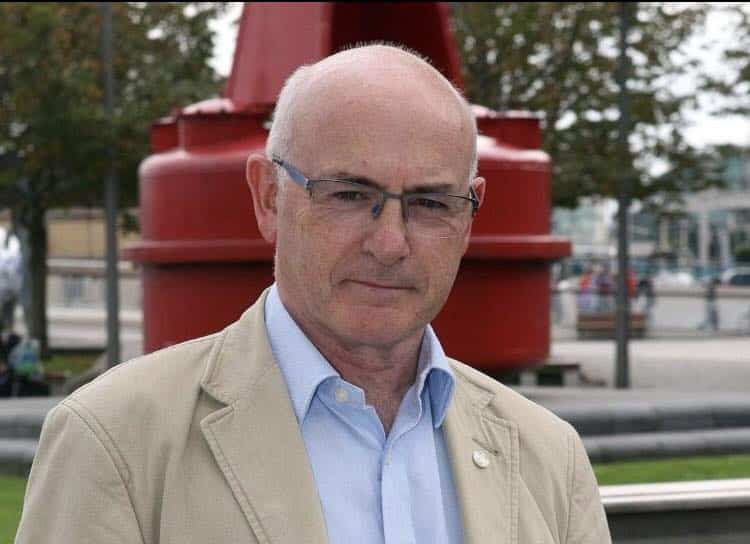 A highly-respected and recently ordained Deacon to the Catholic Church in Newry has died suddenly.

Brendan was the dearly beloved husband of Elizabeth, deeply devoted father to Anna, Joseph and Tom, loving Granda to Dara, Oisín and Shaan, dearest brother of Marie, Sheila, Kevin and Seamus and a caring father-in-law, brother in law and uncle.

On Sunday, January 30, Brendan was ordained in Armagh Cathedral as a deacon for the Diocese of Dromore.

From Greenwood Drive on the Warrenpoint Road, Brendan attended the Christian Brothers’ schools in Newry before going to Queen’s University to study History and Politics. He subsequently trained in social work and spent 12 years as a probation officer, including two years in Maghaberry Prison.

In 1992 Brendan became Director of Mediation Northern Ireland and over the next 16 years he was very involved in mediation of the Troubles.

He served for four years as a Commissioner for victims and survivors of the Northern Ireland conflict before moving into the international peace mediation field in 2012, working first in Brussels for the European Union before joining the United Nations in New York in 2015 as a Senior Mediation Advisor.

Brendan’s final appointment was as the Interim Advocate for victims of historical institutional abuse until his retirement in December 2020.

Speaking following his ordination in January, Brendan said that he first felt a calling at the age of 16 and presumed that it was for priesthood. But then he met Elizabeth McGrath and followed his destiny to become a husband and father.

“But a sense of calling never left me. Everything I have done has involved some discernment with God and a desire to follow where he might lead me in life,” he said.

A few years ago, Elizabeth’s cousin said that Brendan might make a good deacon.

Added Brendan: “At first I laughed at the idea. I was nearly 60; time had moved on and I was comfortable with my life.”

But the notion began to pull at him and would not leave him alone.

“It was not easy to take the first steps; I was embarrassed and awkward, but this latest calling was steady and strong and I had to respond if I was to stay true to myself.”

Tributes have poured in for a man so highly respected in the local community and beyond.

Former Deputy Leader and Chairman of the Ulster Unionist Party, Danny Kennedy, said he was “deeply shocked” to hear of Brendan.

“I counted him as a friend and we had many discussions over the years, always on friendly terms despite our differences,” said Mr Kennedy.

“Brendan gave himself unstintingly to the cause of peace and reconciliation at home and abroad and I offer my sincere condolences and sympathy to his wife Elizabeth, his children, Joseph, Anna and Tom, his family circle and many friends at this very sad and difficult time. May they all know God’s comfort and blessing.”

Newry, Mourne and Down Councillor, Jarlath Tinnelly, commented: “So sorry to hear about Deacon Brendan’s sudden passing. Clearly a kind, caring and compassionate man who made a very positive impact during his short time in Kilbroney parish, he will be greatly missed. Ar dheis dé go raibh a anam.”

His niece Naomh simply wrote: “My lovely Uncle Brendan. We will miss your warm, funny and gentle soul so much.”

Sinead added: “What a wonderful man, in total disbelief. In our darkest hours Brendan was there for our family, supporting us, praying with us and helping us to come to terms with mum’s passing. My thoughts and prayers are with Elizabeth and the entire family circle.”

Those sentiments were echoed by hundreds who passed on their sympathies and condolences to Brendan’s friends and family.

Funeral arrangements have yet to be announced but any enquiries should be directed to Daniel Mallon Funeral Director, tel 02830277210.

Family flowers only please, donations in lieu to SVDP Newry or The Corrymeela Community c/o the family.