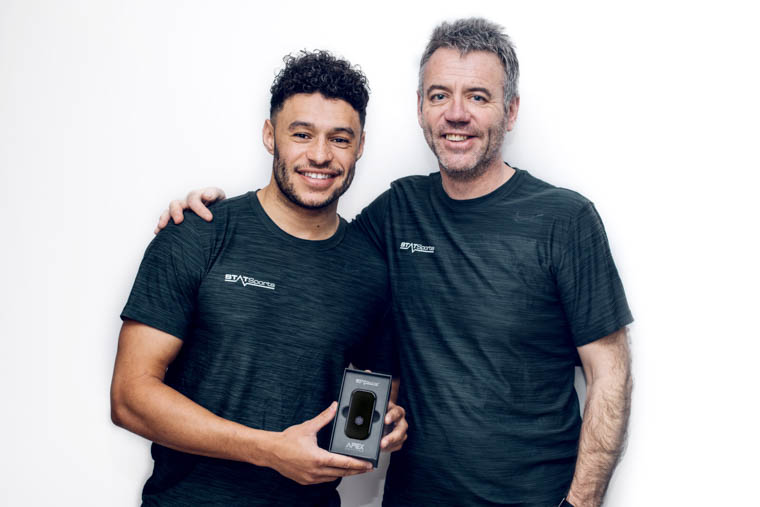 Two of the Premier League’s brightest talents have invested more than £1m each into a Newry business.

The firm is valued £200m and is considered to be the global leader in wearable tech and performance analysis tracking equipment and software.

The Premier League duo may be rivals on the pitch as their two teams battle it out for the title in the closing weeks of the season but both will now act as global ambassadors for the brand.

Sterling, speaking of the brand, said: “I use STATSports technology every single day for both City and England and have done for years, so I know how valuable it is for getting the best out of me for the team.

“STATSports has already made a big name for itself in the elite game but it’s clear to me that there is huge potential for the technology and that is why I’ve invested.”

Oxlade-Chamberlain added: “I have chosen STATSports above all potential investments. It’s a brand and product I have known and trusted for the last 10 years of my footballing career.

“Working with STATSports at Southampton, Arsenal, Liverpool and with England, I know this is the best product on the market by far.”

STATSports already provides monitoring systems to teams such as Arsenal, Liverpool, Manchester City, Manchester United and Tottenham Hotspur of the Premier League as well as Juventus of Serie A and PSG of Ligue1.

The company also provides systems to the national associations of Brazil, Germany, and England and is also involved in an array of other sports including Basketball, Rugby Union and Gridiron Football.