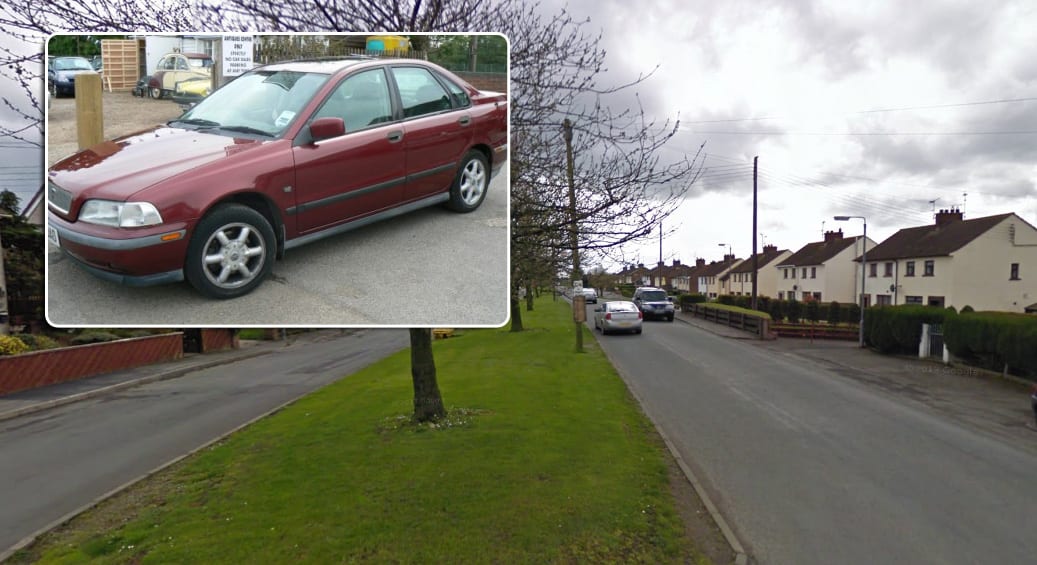 Police are hunting a man in a maroon coloured car who stopped and asked two young girls to get into his vehicle.

Detectives in Newry are investigating the incident, which happened in the Parkview area at around 2pm yesterday (Friday). The Park View area of Newry and (inset) a maroon Volvo, similar to that of the suspect car

It was reported the two young girls were playing outside when a man in a maroon coloured Volvo car stopped and asked them to get in.

The girls ran into their house and informed their mother.

Police are carrying out a number of follow-up enquiries in relation to this and are appealing to the driver of the maroon coloured Volvo car, anyone who saw it in the Parkview area yesterday afternoon, or anyone with any with information to contact Detectives in Ardmore on the non-emergency number 101.

This news comes just days after police appealed for help to trace the occupants of a white van after it was reported that a “male stared purposely” towards a young schoolgirl.