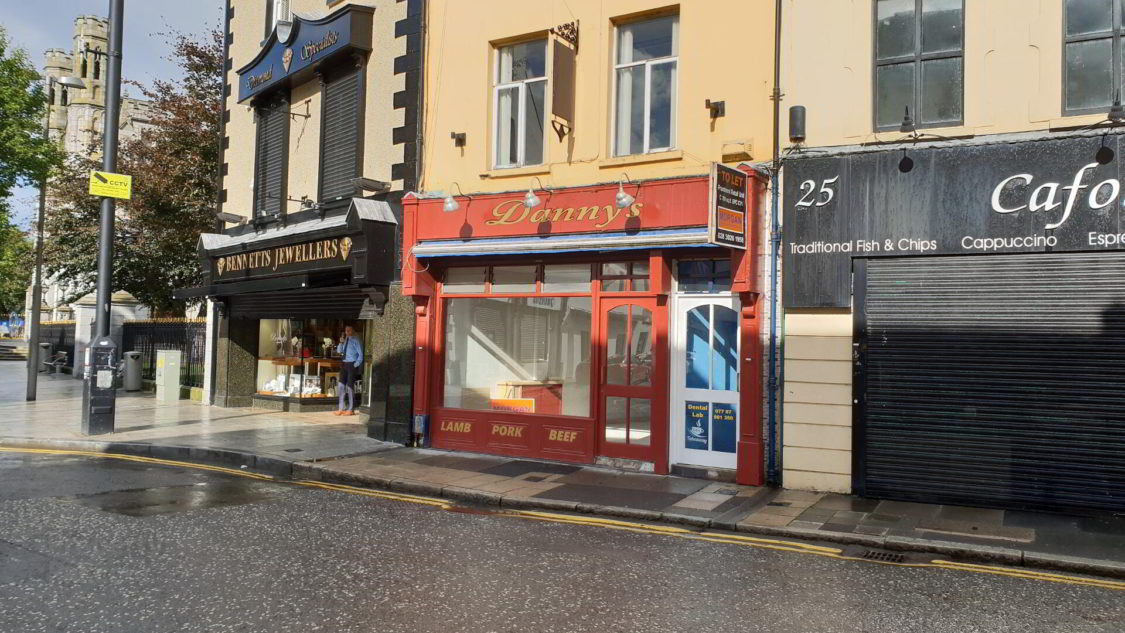 Plans have been lodged to convert a former butchery into a coffee shop in Newry city centre.

The ground floor premises at 27 Hill Street – which had been Danny’s Butchers for many years – have recently been refurbished in anticipation of a new chapter.

The proposals, submitted by JL O’Hagan & Company on behalf of the applicant Marcin Ginter, are to turn that space into a coffee shop in a busy part of the city, with Dunnes Stores and Barclays Bank situated opposite.

Planners on the Newry, Mourne and Down District Council will now consider the application in due course and decide whether it’s the thumbs up or give it the chop!

The application was lodged on November 17 and will be advertised to the public next week.

A decision from Council planners is expected in the New Year.