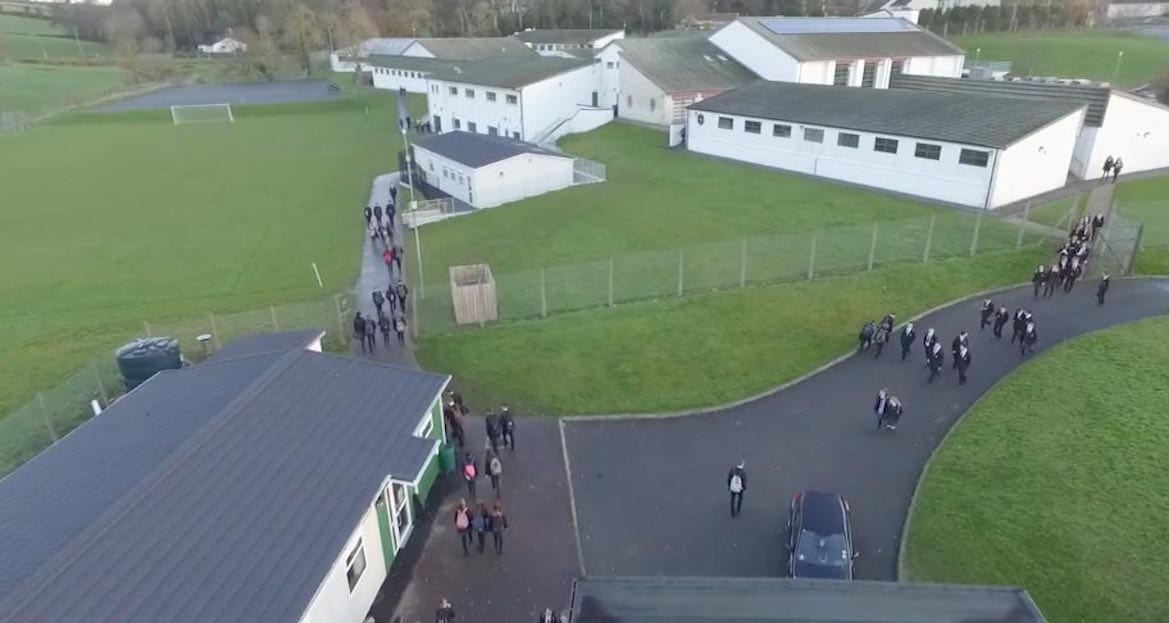 A new college to meet the growing demands for integrated education could be built in the borough – at a cost of £17.4 million!

The development – at Loughbrickland – would replace the existing New-Bridge Integrated College.

Directors of the facility have submitted proposals for a new 10,000 sq metre school building and sports fall to Armagh City, Banbridge and Craigavon Borough Council.

The scheme would also include three playing fields and four tennis courts, as well as landscaping.

New-Bridge – having already been allocated funding under the ‘Fresh Start Agreement’ – hopes that if planning approval can now be secured then work could start on site in January 2021.

It would be built on the site of the existing school, at Donard View Road, and an adjacent field. The proposal would require the “phased demolition” of the current school, which has an enrolment of 620, and replacement with the new-build.

The applicants – in asking for a positive determination – have informed planners they believe the proposals would “bring substantial community benefit to not only Loughbrickland but the surrounding areas.”