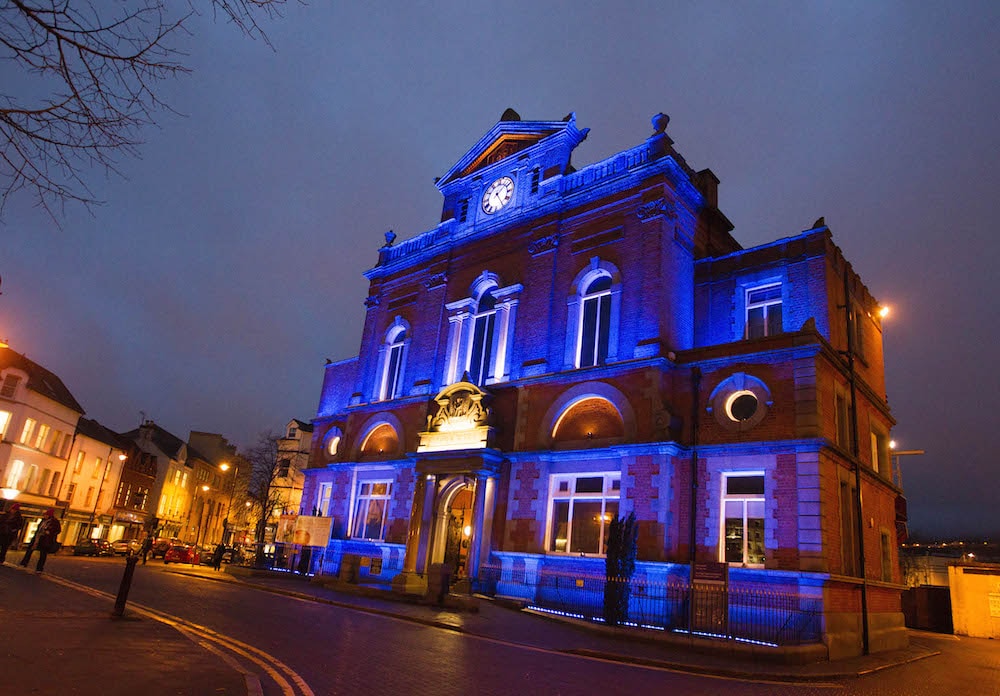 The Chairperson of Newry, Mourne and Down District Council, Councillor Laura Devlin will light up Newry Town Hall and Down Leisure Centre blue on Saturday 24 November to mark the 75 th Anniversary of the United Nations.

The year 2020 marks a special anniversary for the United Nations: 75 years from the signing of the UN Charter in San Francisco. In 1945, soon after the end of the Second World War, nations worldwide decided to change the course of history and took the commitment to work together for peace.

In 2015 Newry, Mourne and Down District Council highlighted the 70th Anniversary of the UN and accepted a commemorative copy of the UN Charter.

Newry, Mourne and Down District Council Chairperson, Councillor Laura Devlin said: “I am delighted to illuminate Newry Town Hall and Downpatrick Leisure Centre blue to commemorate the 75 th Anniversary of the establishment of the United Nations. By lighting up both buildings, we are celebrating the humanitarian and peace keeping efforts undertaken by the UN throughout the world since its inception in 1945.

“Looking forward, the work of the United Nations and its member states is critical to help address the many challenges and issues that face us all in today’s world.”

She continued: “I would like to take this opportunity to thank the United Nations Association of Northern Ireland (UNA-NI) branch for the work they do to highlight the goals of the UN.”

The United Nations Association of Northern Ireland (UNA-NI) is a branch of UNA-UK which is a non-governmental voluntary organisation, its aims are to encourage public and governmental support for the goals of the UN, to seek a safer, fairer and more sustainable world.