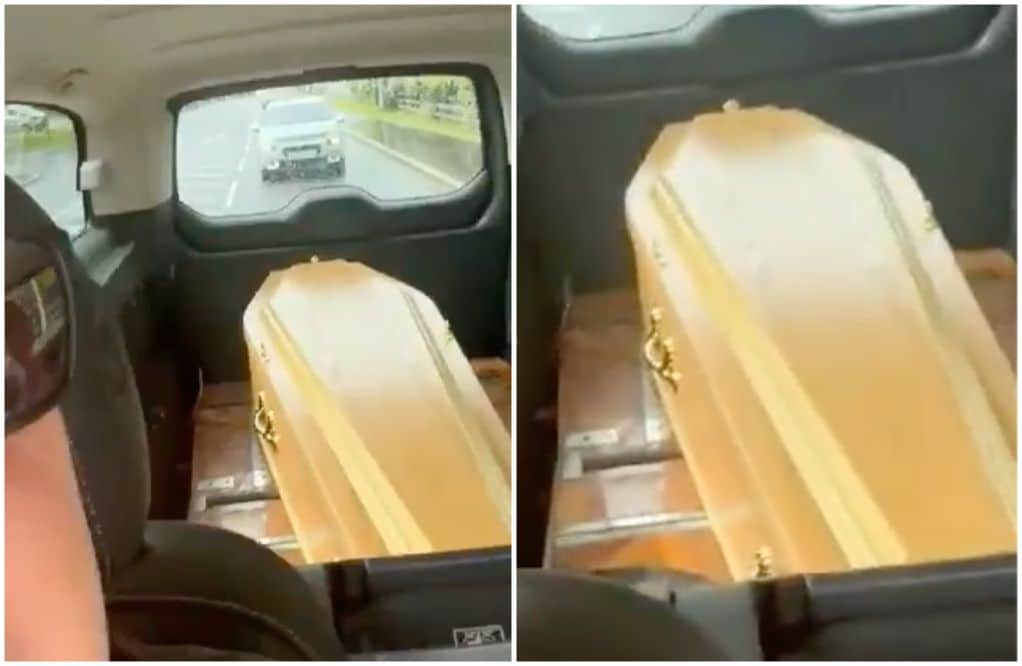 A Newry funeral director, who has branded a video shared widely across social media as ‘appalling’, says the person responsible is “no longer employed by us”.

The 36-second clip shows a well-known undertaker for Heaney Keenan Funeral Directors filming himself driving a hearse which contained a coffin at the time, while another man sits in the passenger seat.

While getting the passenger to introduce himself to the camera, the driver states: “…me and him is going to start a war and we’re going to put them all in yokes like that in the back” – as he turns the camera on the coffin.

Earlier today, Patricia Heaney, a director for the company stated: “As a business and family, we are appalled and devastated by the behaviour conducted in the video content shared across social media in recent days.

“It is absolutely no reflection of the values or professional ethics of Heaney Keenan Funeral Directors.

“As Director of the company since 2018, I have worked to continue to build on the relationships with families and the communities across Newry, Banbridge, and neighbouring areas.

“I wish to protect the remaining members and loyal staff, who have gone above and beyond to uphold the legacy created by my grandfather, Patsy Heaney, and my great uncle, Brendan Heaney.

“I can confirm that the employees in question are no longer employed by us.

“As always, I appreciate the support from local community and will be making no further comment on the matter.”

Mrs Heaney clarified that the individual in the passenger seat, “who has been implicated by association, was not a contracted employee but a casual worker that would’ve been called upon when required”.

She added: “The content was shot on his first day out and I in no way hold him responsible for the actions of the driver and I want to wish him all the best.”

A spokesperson for the PSNI said they have spoken with a 54 year old man in relation to this matter and “a file will be forwarded to the Public Prosecution Service in due course”.