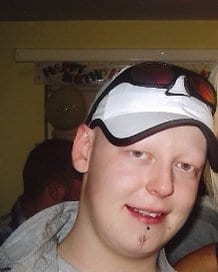 Detectives in Newry investigating the sudden death of a young man have issued an appeal to track his movements.

Twenty-four-year-old Padraig O’Hanlon was found dead at his home in Warrenpoint at 3am today Sunday, December 27. At this stage a cause of death has not been determined and a post mortem examination will be carried out.

Detective Sergeant Emma Wallace said: “Padraig was out yesterday morning and arrived home at about 4pm.

“He was found dead this morning.

“We are trying to trace his movements between 11am and 4pm yesterday to establish if anything happened in that period that may have a bearing on his death.

“If you were with Padraig yesterday or saw him during the relevant period, please call detectives on 101.”