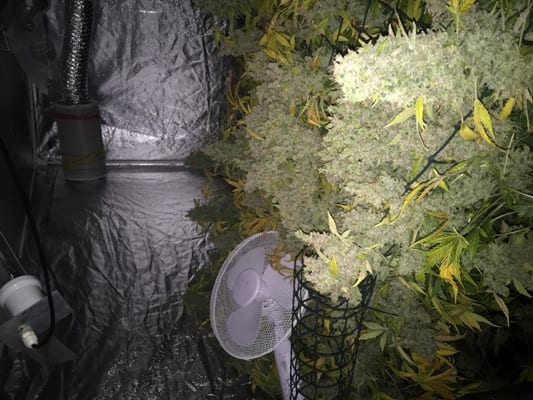 These are the photos that show the scale of cannabis production in a small bungalow.

Police in Newry uncovered the cannabis factory on Wednesday.

Plants and herbal cannabis with an estimated street value of around £30,000 was found at a property in Windsor Bungalows.

A vehicle and equipment used in the cultivation of cannabis was also seized at the scene.

Detective Inspector Keith Gawley said: “The discovery of this haul has taken a substantial amount of drugs off local streets and demonstrates that when people report their concerns to us, they are actively helping us stamp out the scourge of drugs in Newry.

I would encourage anyone with concerns about drug cultivation, dealing or supply in their community to please get in touch with us on the 101 non-emergency number. You can also report via Crimestoppers on 0800 555 111.”