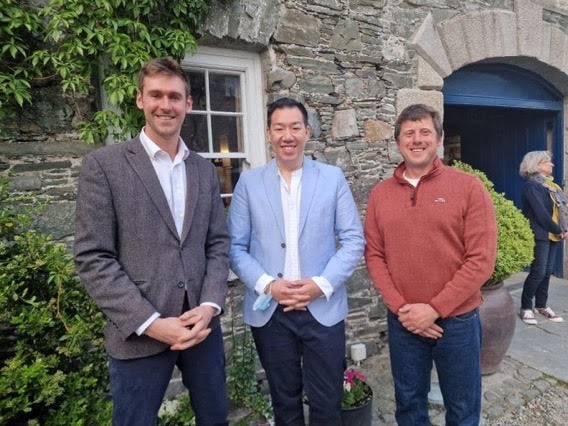 A newly co-opted Alliance Party councillor is to be first member of the Chinese community on his local authority.

Dave Lee is stepping in after Rowallane councillor Patrick Brown was elected to the Assembly in South Down on May 5.

The 35-year-old cookery teacher is married to Peter Surginor whose 2015 question to Jim Wells about gay marriage lead to controversy when the then DUP Health Minister linked gay parents to child abuse. Mr Wells later resigned.

Cllr Lee said: “I suppose my co-opting onto NMDDC is significant if for nothing else, that I will be the first person of Chinese origin on the council, with my parents both from Hong Kong.”

The Newry Mourne and Down District (NMDDC) councillor, from Killough, is a father-of-one with pottery artist husband Peter Surginor

He said: “I have been a campaigner for Alliance for some years since 2015 doing a lot of the ground work of putting up posters and things like that.

“Some people may say that Paddy Brown taking the MLA seat was an overnight success, but really it’s more a tip of the iceberg story of a decade of hard work.

“Perhaps being co-opted is slightly different than being elected, so with that in mind I would like to carry on with all the great work that Paddy (Brown) has been doing at the council and continue with those projects.”