A notice of motion asks that 'council agrees to engage - without prejudice - with the Friends of Big Pat Group' on moves to erect a statue in recognition of Pat Jennings' 'outstanding contribution to sport, charity, reconciliation and the promotion of his home city and district' 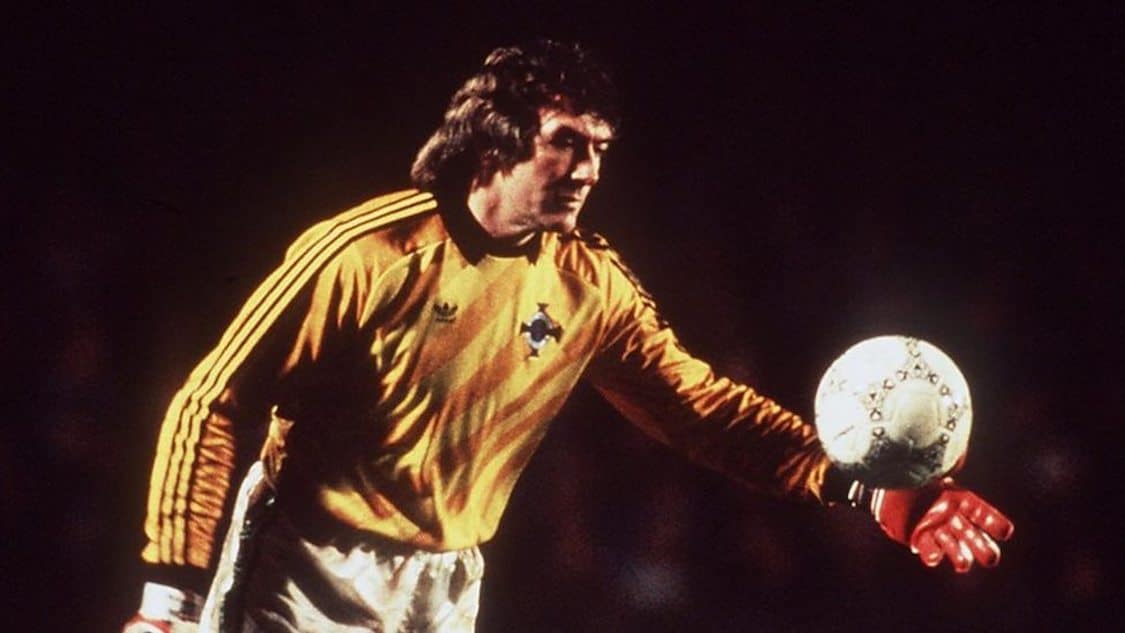 A statue could be commissioned to honour sporting legend Pat Jennings in his native Newry.

And Newry, Mourne and Down District Council is being asked to engage with the organisers if and when such plans are brought forward.

A new group – The Friends of Big Pat – has been established with the aim being to honour the gifted goalkeeper through the commissioning of a statue to be located in Newry.

This will be in recognition of his achievements on and off the pitch, as well as of the high esteem in which he isheld in his home city and district and across the world.

A notice of motion seeking agreement to engage with the Friends of Big Pat group is now due to go before NMD Council next week.

It asks that the council “acknowledges the outstanding contribution which son of Newry, and former NorthernIreland International, Tottenham Hotspur, Arsenal, Watford and Newry Town goalkeeper Pat Jennings has made to sport, charity, reconciliation and the promotion of his home city and district”.

And it adds: “Council acknowledges Pat Jennings’ global recognition as an outstanding international and English club goalkeeper, his time as a young GAA player with Newry Shamrocks, his work with numerous charities over many years, his involvement in reconciliation work, including his 35 years with Co-operation Ireland and his role as an Ambassador for Newry’s City Status Bid in 2002.

The motion will now be debated at the March monthly meeting on Monday.

Listen to our podcast with Pat Jennings below..