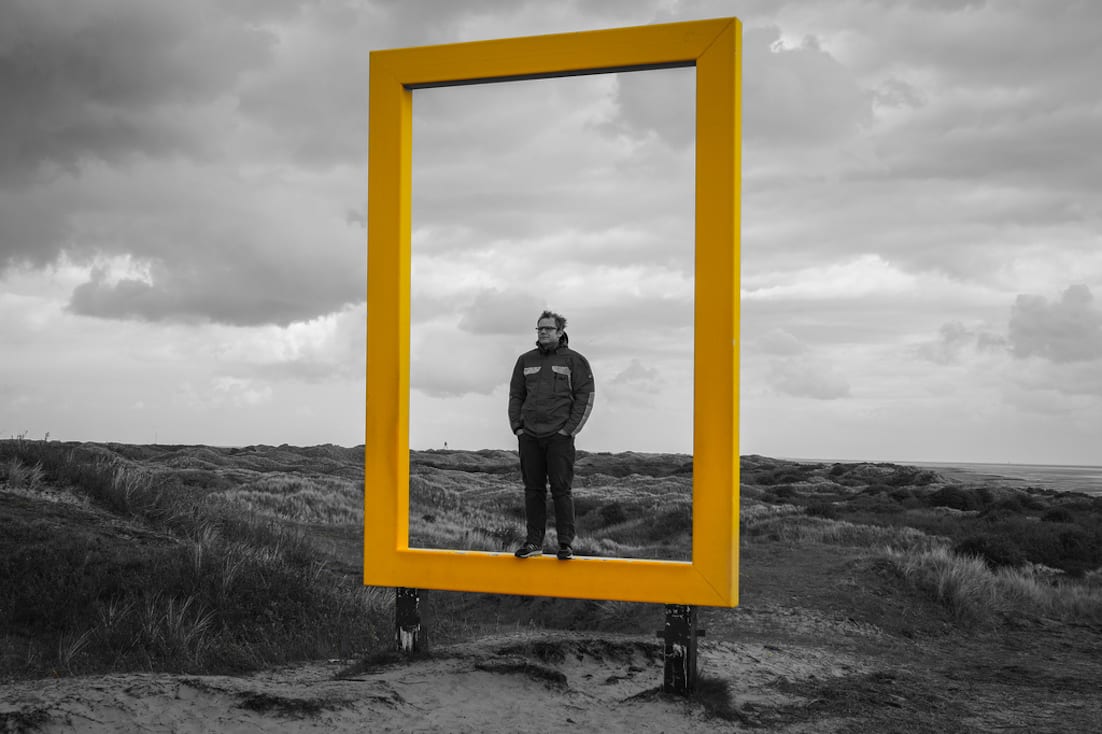 Huge steel-constructed replicas of National Geographic’s iconic ‘yellow frame’ could be appearing across the Newry, Mourne and Down district.

The world famous magazine’s front page is framed in a yellow box.

And it could be used to highlight key points of interest in the district (similar to main image).

The publication features breathtaking photography from across the globe.

And visitors to the area could take their own photographs using the yellow frame to give the impression of being a cover star.

And they would do so against stunning backdrops of some of the best scenery the NMD district has to offer.

Newry, Mourne and Down District Council’s enterprise, regeneration and tourism committee will be informed of the proposals emerging at its meeting on Monday.

The yellow frames project is part of a co-operation scheme involving the Mourne, Gullion and Lecale Rural Development Partnership.

Five areas have been selected for yellow frames to “outline a point of interest”.

The committee will be told visitors will have the “opportunity to stand inside the frame using the already captured landscape through the yellow frame as a backdrop”.

“The aim is to increase the profile of the rural areas and boost tourism,” a report to committee explains.

All local action groups across Northern Ireland will be involved in this project and the idea eventually is to create a trail with a “marketing and publicity campaign being developed by National Geographic on an international scale”.

The total cost of the project is given as around £80,000, with Monday’s committee being asked to approve match funding to the tune of £20,000. All decisions as usual go to full council to be ratified.