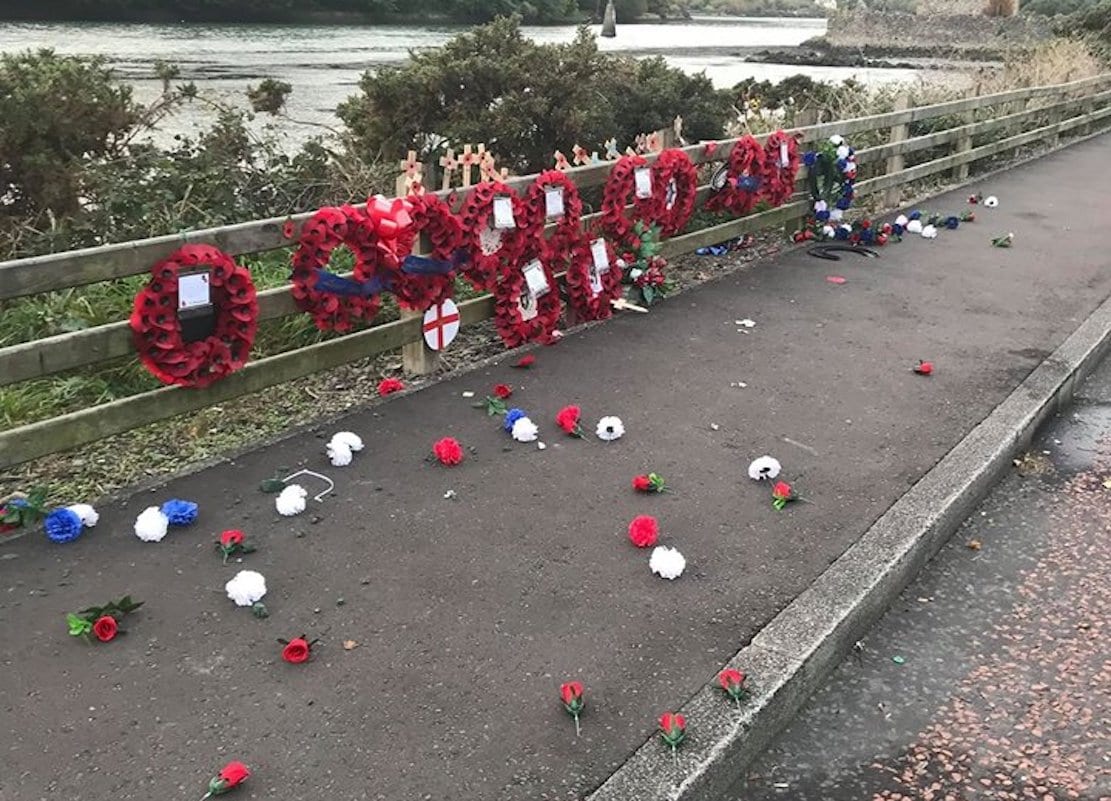 A memorial to honour the lives of 18 soldiers who lost their lives at Narrow Water outside Warrenpoint has been vandalised for the second time in less than a month.

Poppy crosses, poppy wreaths and floral tributes at the memorial, which commemorates the 18 British soldiers killed in the the Narrow Water bombings on August 27, 1979, were destroyed overnight on Wednesday.

Police have launched an investigation into the incident which they are treating as a hate crime.

It comes just three weeks after a similar attack which is understood to have been carried out by some of those travelling on a bus carrying Cliftonville supporters, following their league clash with Warrenpoint on September 15.

Speaking at the time, DIP MLA William Irwin expressed his disgust while highlighting the ongoing plight of the memorial.

“It’s shocking, sickening and saddening that people would stoop so low to desecrate this memorial. Yet it is such a regular occurrence, time and time again the wreaths are smashed and scattered.”

If you witnessed the damage being caused, or perhaps caught it in on dashcam when driving past – or if you have any information whatsoever that can assist our investigation – please call 101 quoting reference 261 of 4/10/18.

Alternatively, information can be provided anonymously via Crimestoppers on 0800 555 111.