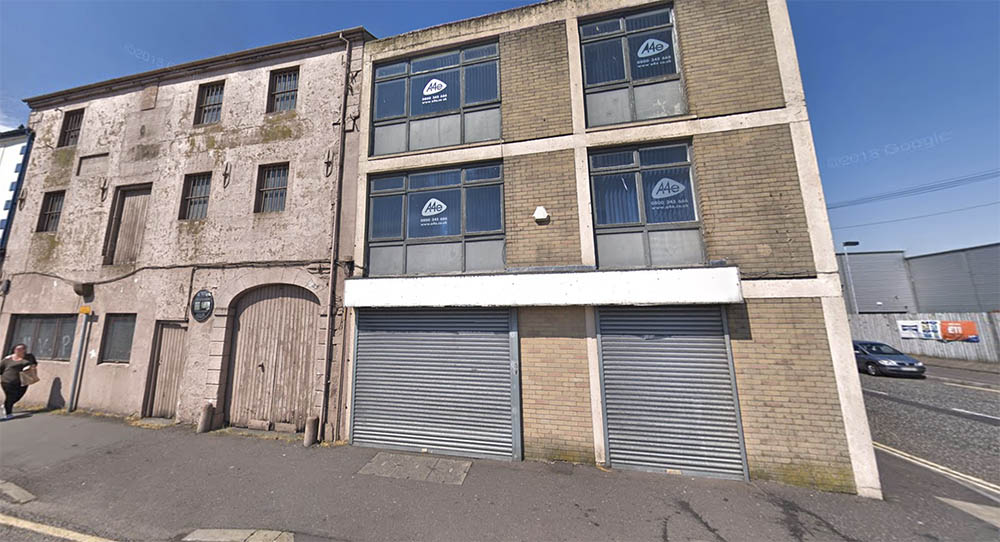 A major multi-million pound development – consisting of shops, offices and housing – has been earmarked for Newry city centre.

An application for the development – which would create substantial jobs during construction and upon completion – has been submitted to Newry, Mourne and Down District Council for consideration.

The would-be developer – the Belfast-based Kerr Property Holdings Ltd – has plans for a site in excess of 10,000 sq metres.

This includes over 2,000 sq metres of office space, taking in the three-storey listed building at 47 Merhants Quay, the former Renault car sales showroom and garage. It was owned by the Goss family from Mayobridge, but has been vacant for many years.

The development would also include three retail units, each with service yard area.

There would be a coffee bar incorporated too, this to be located within the ground floor of the listed building.

The ambitious proposals would also involve a substantial programme of demolition of existing properties with replacement ‘new-builds’.

Buildings at Merchants Quay and Cornmarket would be taken down and the site completely redeveloped and transformed.

There is a major emphasis on housing as part of the scheme.

A total of 82 units is planned. These would be within multi-storey blocks and the residential accommodation will consist of a mix of both private and social housing.

There would be landscaping too as part of the plans.

And tenants of the new units would have access to parking and a communal courtyard around which the properties would be constructed.

In all three applications have had to be submitted.

A full planning application, as well as two others – one for Listed Building Consent and the other ‘DCA’, which is permission for demolition within a conservation area.

The listed building consent is specifically for 47 Merchants Quay.

It seeks approval to develop a vacant storage unit to proposed commercial use, consisting of coffee bar at ground floor with office accommodation above. This would then connect at the rear to a new proposed office complex.

It would require remedial works to external and internal fabric of the listed building including repairs to stonework and brickwork; timber beams and joists and the roof structure, which would involve glazing, as well as the repair or replacement of timber windows and doors.

The three retail units – as yet for unspecified tenants – are located elsewhere on the site.

All three applications relation to this scheme are due to be publicly advertised this week.