"I am aware of the support locally for a lifting bridge over the Newry Ship Canal given the strong maritime history associated with Newry and the potential long term development opportunities for the area." 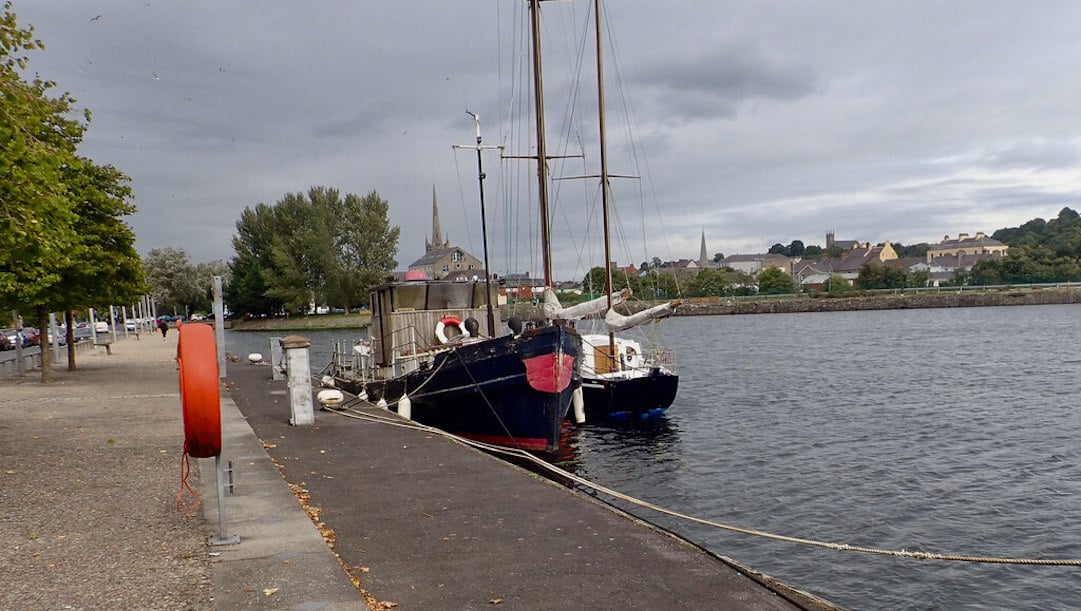 The Albert Basin viewed from the Quays. Photo by Eric Jones.

Consideration is being given to the construction of a ‘lifting bridge’ as part of the Southern Relief Road project.

Infrastructure Minister has confirmed she wants to understand the “costs and benefits” of such a feature as part of the multi-million pound road structure.

But it would pass across the Newry shipping canal and, if a permanent bridge is put in place, it would essentially close off the waterway connecting Newry and Carlingford Lough.

This would be seen as a huge blow for the city, given its proud maritime past.

Campaigners have called for a lifting bridge to allow the road to go ahead but also to facilitate the continued movement of ‘water-based traffic’.

Minister Mallon has confirmed that she is looking at the prospects of the latter.

She was providing an update on the project in response to a question from Newry and Armagh SF MLA Cathal Boylan.

The Minister confirmed that work is continuing on the development of the Southern Relief Road, which currently includes progressing the design and preparing draft Statutory Orders along with an Environmental Impact Assessment Report.

In terms of its passage across the canal, Minister Mallon said: “I am aware of the support locally for a lifting bridge over the Newry Ship Canal given the strong maritime history associated with Newry and the potential long term development opportunities for the area.

“As such, I am giving consideration to the option of an opening bridge and am keen to understand the costs and benefits to the local area of an opening structure alongside other potential options.

“This is a complicated issue and my officials are continuing to consider the viability of options for an opening structure.”

The project was allocated funding of £93m within the Belfast Region City Deal, which was signed shortly before Christmas last year.

The Minster said she “very much welcomed” the priority it has been given by City Deal partners to “advancing this important project, which will improve connectivity across this island while also reducing traffic flows, lowering emissions and improving air quality within the city of Newry”.

And she added: “My officials will continue to work closely with BRCD partners as this key project progresses.”

Main image by Eric Jones and licensed for reuse under this Creative Commons Licence.