McNulty’s delight as he goes ‘Hairless for the Hospice’ in special ‘FundRAZOR’!

The MLA also nominated Armagh GAA manager Kieran McGeeney and he in turn has already raised over £7,000 ahead of losing his locks 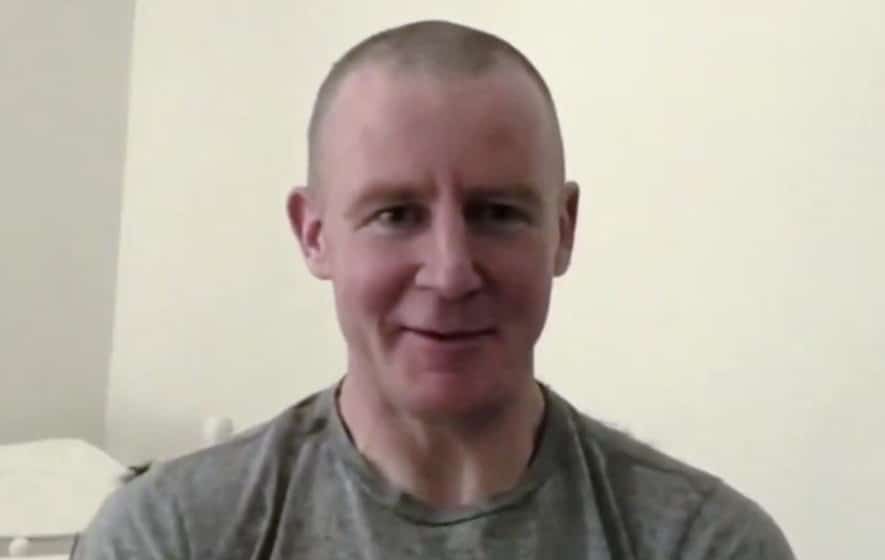 A Newry and Armagh has said he was delighted to go ‘Hairless for the Hospice’ after shaving his head as part of fundraising campaign.

Nominated by Down footballer Kevin McKernan, Justin McNulty said the Hospice holds “a special place in all of our hearts”.

He added: “The compassionate support and care they provide for people and families when they need help the most is nothing short of incredible, so I was delighted to be able to give the  team at the Hospice support in some small way.

“Fair play to Gary Boyd of Louis Boyd’s for kick-starting this initiative in marking 60 years in existence for the well-known Newry men’s clothes retailers and to Trisha Heaney of ‘I Am Digital’ who has done enormous work in the background to coordinate the Just Giving pages with the Hospice and to help to promote the fundraising.

“And hats off to Kevin McKernan for the nomination and to his team mates Ryan McAleenan and Caolan Mooney, and to Newry City FC Manager Darren Mullen who have also gone Hairless for the Hospice as part of the ‘FundRAZOR’.”

Armagh Manager Kieran McGeeney has now accepted a nomination from Justin McNulty, and a video of the Armagh manager was posted on the Hospice Twitter feed as he prepares to say goodbye to his locks in the coming weeks.

“Kieran didn’t take any convincing and he is making a massive effort to fundraise for a cause that is close to his heart,” added Mr McNulty.

“Let’s all get behind him and give the Hospice a huge lift at this time when they need a lift the most.”