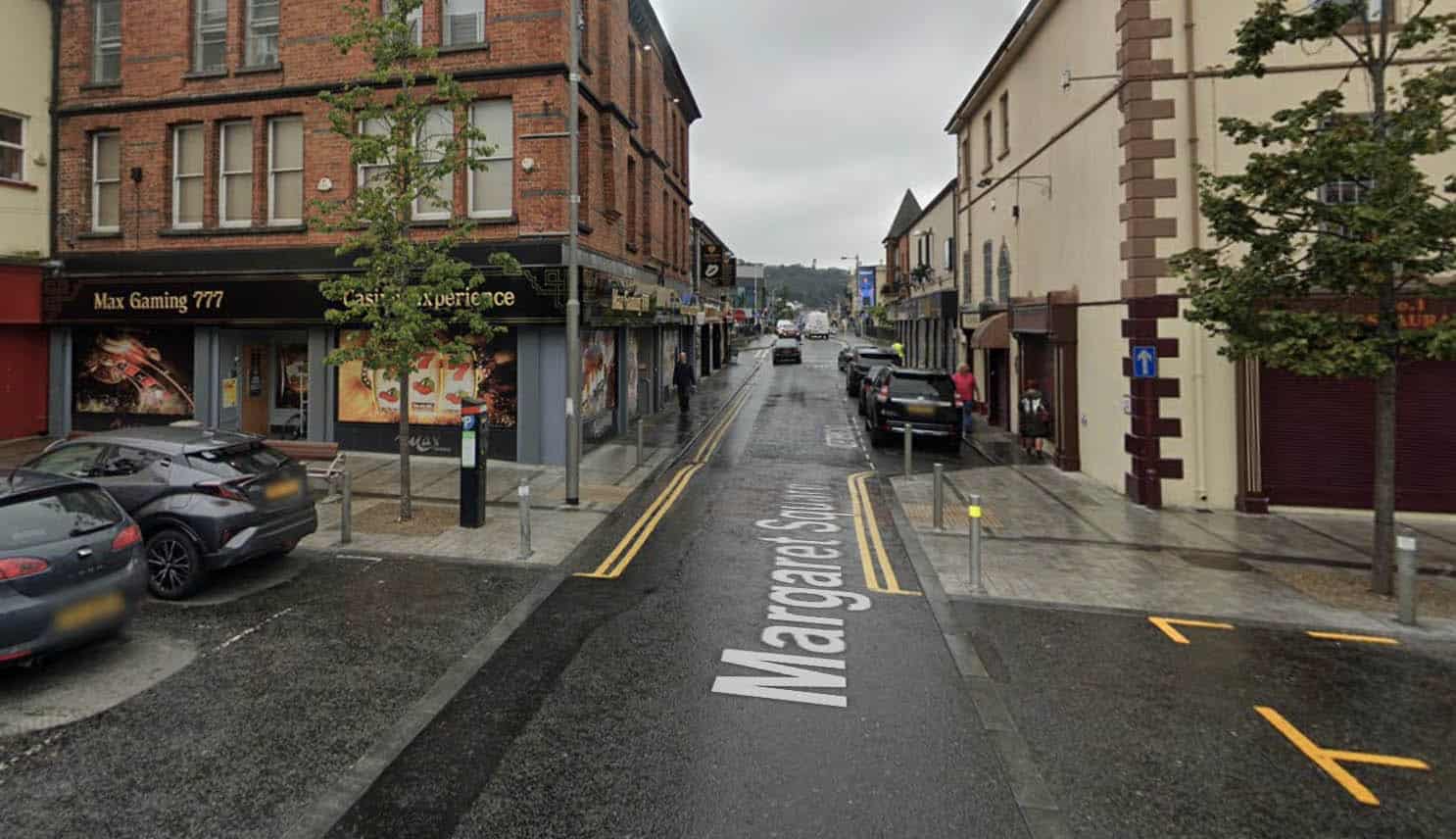 A man accused of threatening a female staff member before robbing an entertainment premises in Newry is to appear in court later today (Monday).

The 33-year-old is alleged to have forced entry to the Margaret Square premises just before 2.25am on Sunday morning.

It is alleged he told a female member of staff that he had a knife and demanded the contents of the till. He reportedly left the premises on foot with a sum of cash.

He has also been charged with a second separate robbery which occurred on Tuesday, January 3 in Patrick Street as well as, possession of a Class C controlled drug and burglary.

He is due to appear before Newry Magistrates’ Court this morning, Monday.