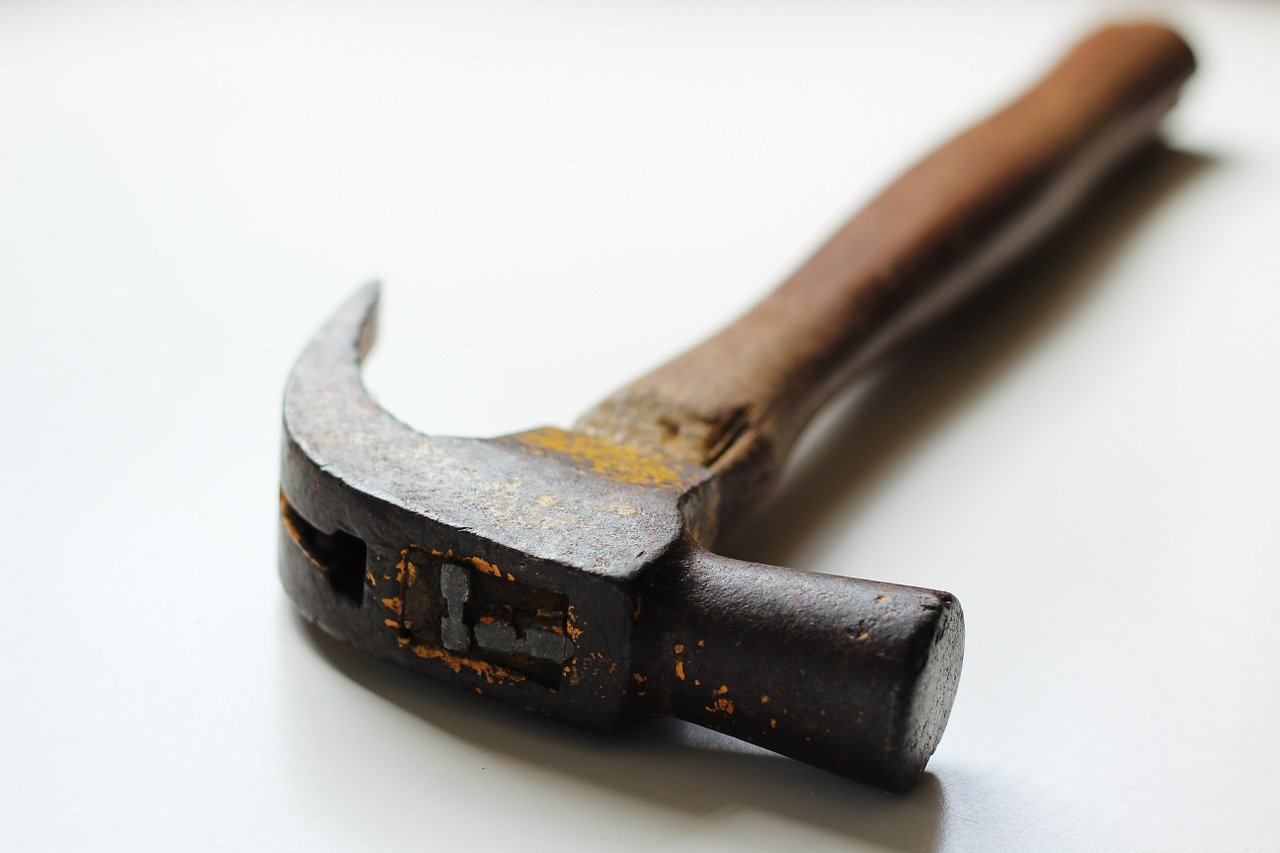 A Newry man accused of aggravated burglary armed with a claw hammer has been denied bail.

Objecting to bail prosecution stated the 28-year-old had shown a “propensity” for committing further offences as it is alleged he travelled six miles on foot between 3am and 7am to commit these offences.

Sean Caffrey, of Bridge Street, appeared for the purposes of a bail application at Newry Magistrates’, sitting at Lisburn, on Wednesday, via videolink from Maghaberry.

Outlining the case, a constable said that on March 1, at around 3am, police received a report from a resident at an address on Sheeptown Road in Newry of two males in their yard with torches.

Officers arrived and conducted a negative search of the area but CCTV showed two males on a nearby road.

Then at 5.40am, police received another report from a further alleged injured party at an address on Turmore Road, Newry.

The reporting person said that two males had entered her home through an unlocked front door.

One of these men had come into the living room, where she was, with the bottom half of his face covered and armed with a claw hammer.

The male asked the injured party for her car keys, and when questioned he replied: “I am Polish and I need to get back to Poland.”

Court was told the woman then handed the males a key to a vehicle which she no longer owned. As they left they asked which car the key was for but without giving an answer she locked the door behind them.

CCTV showed the two males leaving the address, wearing gloves. Court was told they were seen to drop something in the cattle grid as they left, namely the key which had been handed to them and which was recovered.

In the footage from the scene, one of the males was seen to be wearing a coat with fur on the hood and the other a black baseball cap.

At 6.20am, police spotted this defendant wearing a grey tracksuit and a black baseball cap at The Sheepbridge Inn, not far from where the second burglary occurred.

As officers approached Caffrey he attempted to make off on foot but was arrested.

Whilst in custody, a search was conducted and during this a bag of blue tablets were seized.

Police later received a further report from an alleged injured party who said a number of items had been stolen from their cars which had been parked and unlocked.

These included a portable stereo and Credit Union book. A purse had also been taken from one of the vehicles but this was found nearby with a £5 note missing from inside.

When interviewed, the defendant accepted the drugs offence but made no comment to the other accusations.

Cafrrey claimed to have been dropped off by a friend at The Sheepbridge Inn after camping together, however, he refused to name this individual.

Outlining objections, prosecution stated: “This is a man with 91 previous convictions, which we say shows a propensity to commit further offences.

“These offences occurred between 3am and 6am, he travelled six miles from his home to a rural area which we say adds further propensity, given that he is believed to have travelled on foot.”

He continued: “This defendant has a serious drug habit. It is believed he will commit further offences to feed this habit.

“There were a number of items brought to these offences to cause injury. He knows the addresses of the victims and there is a fear for the safety of the public given the nature of these offences.”

It was also outlined that eight previous bench warrants had been issued for Caffrey and he had a history of multiple bail breaches.

Prosecution also informed the court that the address proposed had been deemed as not suitable by both the police and social services.

Defence solicitor Chris Logue stated: “This is clearly not an address we can stand over, but I would ask for your worship to deal with this application today to an address which is suitable to police.

“These are obviously serious charges, much more serious than any which Mr Caffrey has faced before.”

He continued: “I spoke to the detective constable, he confirmed to me that all forensics have come back negative. I have seen the CCTV which is grainy and all the witnesses have given is vague descriptions of clothing.

“The only thing that is outstanding is a footprint, which I have been informed will not be ready until the end of the summer.”

Mr Logue added: “Although there are a number of breaches of bail, there have only been two in the last six years which read as address revoked and defendant handed himself into custody.

“Mr Caffrey is no angel but he has had to stay in custody through the whole of Covid.”

District Judge Amanda Brady stated: “There is no suitable address so I am going to refuse bail today, but that is not the only problem which needs to be addressed.

“You have made some good points but I can’t agree bail today. I am refusing it on the grounds of risk of reoffending and no address.”

The case was adjourned until July 29 for an update.