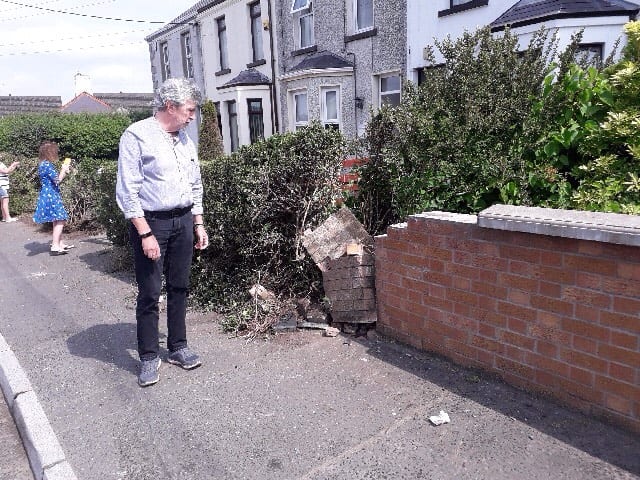 A 24-year-old man has been arrested following a serious two-vehicle in Newry overnight.

Police in the city confirmed they attended the scene of a two vehicle road traffic collision on the Armagh Road shortly after midnight, on Sunday morning.

Upon arrival at the scene, officers observed a Hyundai IX35 on its side and a badly damaged Toyota Avensis taxi nearby.

One man, aged 24, was arrested at the scene on suspicion of a number of offences including taking a motor vehicle without authority, but has since been released on bail pending further police inquiries.

An investigation into the circumstances of the collision are ongoing and at this time it is believed that other persons may have left the scene before the arrival of police.

There were no reports of any serious injuries as a result of the collision.

Officers would appeal to anyone who witnessed the collision or who has any information which could assist them with their enquiries to contact police in Newry on 101 quoting reference number 26 10/06/18.

Sinn Fein MP, Mickey Brady, said: “How no one has been killed is a miracle. The driver of the taxi in particular can count himself extremely fortunate.”

His colleague councillor Charlie Casey who also lives close by also visited the scene this morning.

He said: “Residents are in complete shock. There is a trail of debris. Whilst I understand the police are investigating the incident at present, I share the hope of all the community that those who have caused this will be apprehended and face the full rigours of the law.”