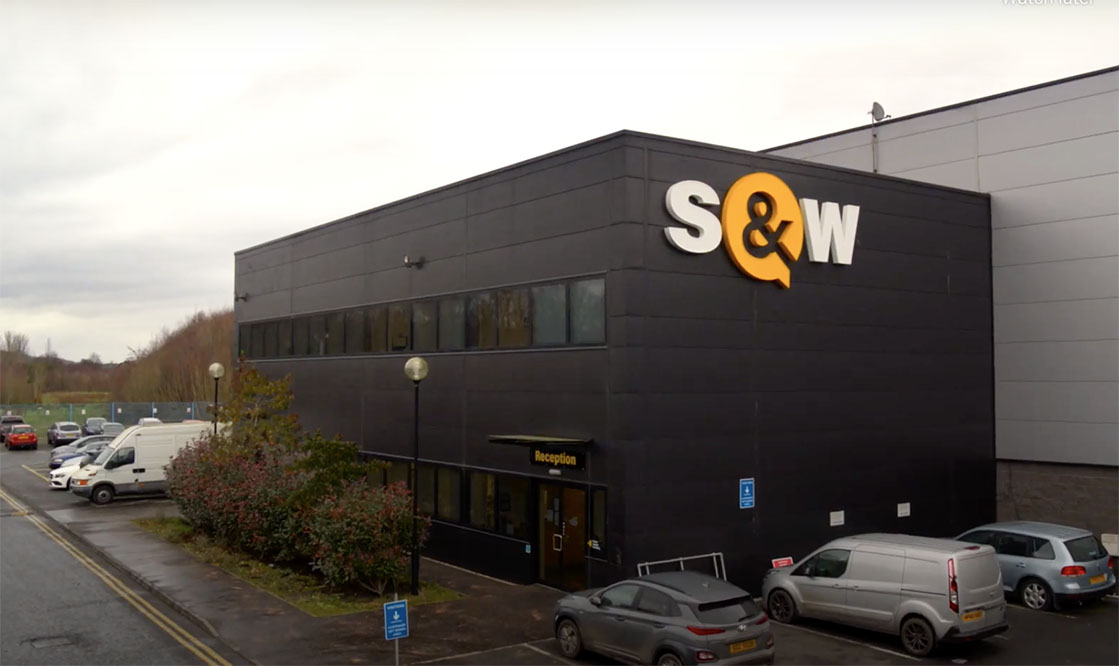 One of Ireland’s largest independent wholesalers is planning to build a massive multi-million pound storage and distribution centre in Newry.

Newry, Mourne and Down District Council has been notified of the company’s intentions for expansion, which would be expected to provide a significant employment boost for the area.

It will be almost two-and-a-half times the size of the huge new Amazon distribution centre in Portadown, which opened late last year.

A pre-planning application has been submitted by S&W Wholesale, such a move an indicator of the scale of the development intended. These are to be completed by all proposals which fall within the “major category” of works.

The new facility is expected to provide around 180,000 sq ft of floorspace for the wholesaler, which is classified as a ‘Top 100 NI’ business which services the needs of over 2,500 customers.

To put that into perspective, the Amazon base in Portadown – which created around 20 permanent jobs and 100 driver ‘opportunities’ – boasts floorspace of around 75,000 sq ft.

The two-storey development would take the form of a storage and distribution warehouse with office accommodation at first floor level.

The centre would be situated on “lands east of Chancellors Road and to the north and west of No. 20 Carnagat Lane, Newry”.

The development would also include a service yard, wash bay and recycling area, security cabin, together with landscaping.

Designated skips would be provided on site with the intention for waste to be “avoided”, with any produced “removed off site for recycling by a licensed waste contractor”.

Extensive parking provision – and covered cycle parks – are included too, while a new access road would be developed, with layout to include a right hand turn lane at Chancellors Road.

After a period of public consultation – and taking on board public feedback – a full planning application will follow.

S&W Wholesale is headquartered within the Carnbane Business Park, its brands including Today’s, Unitas Local, Primo and Nearby.

According to its website, it has a unique access point to key markets in Northern Ireland and the Republic.

Its history dates back to 1916 with Newry Cash & Carry, before merging with J&E Whitten in 2000 to become Savage and Whitten – or S&W as they are known today.

The website indicates the company has “ambitious plans for further growth” which are supported by a team of 250 across sales, trading, customer services and marketing.

It adds: “Looking to the future, S&W has invested significantly in its technology with a full stock management system, voice picking technology and in its retailer EPOS and Rescan Till Systems.

“Another key element of future growth will be continued investment in its symbol brands, providing the support and the independence that many retailers desire from a retail partner.

“Importantly, the business is committed to driving its footprint in the local community, with plans to build on its 200+ strong workforce and to work with local organisations in making a positive difference in the community.”

Full details of the storage and distribution centre are to be unveiled next month, with a dedicated website to be created. It would go live on Monday, March 21 and remain operational for five weeks, until Monday, April 25.

The public will be able to submit their views on the company’s proposals and make direct contact with the technical team during that time.

Neighbours living within 200 metres of the proposed warehouse development will be informed in writing of the plans a week before the website goes live. Correspondence will contain a comment card and pre-addressed envelope to allow them to make their views known.

Politicians and key stakeholders will also have the opportunity to express their opinions before the submission of a full planning application at a later date.