Illegal dumping ‘out of control’ as Council forks out more than £40,000 in cleanup costs 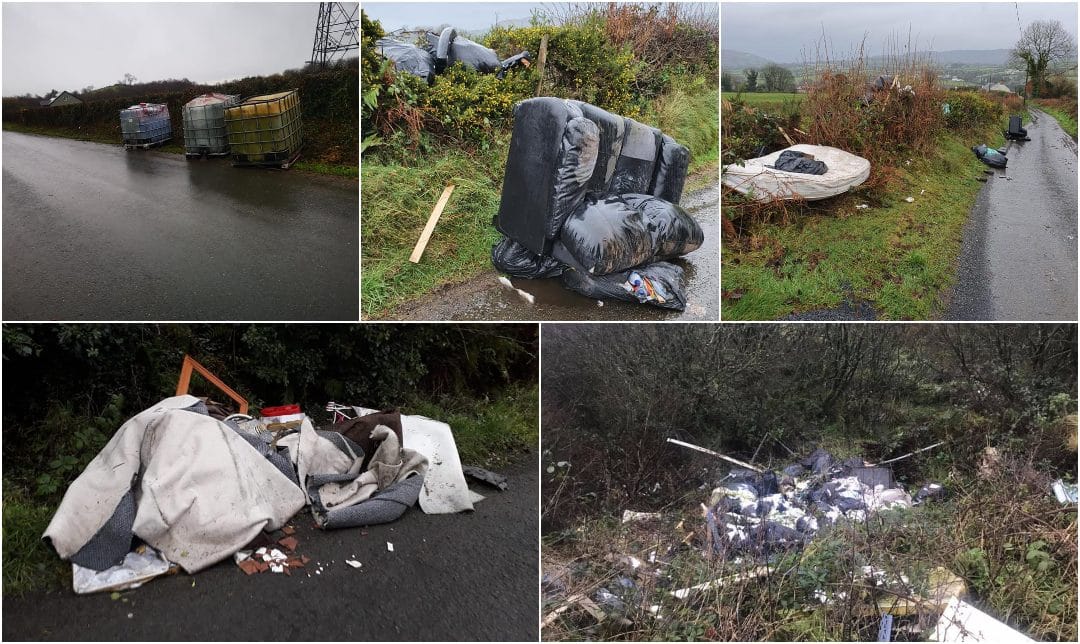 A councillor has called for a crackdown on illegal dumping in Newry after a number of incidents locally in recent weeks.

Independent councillor Gavin Malone raised the issue after the discovery of general waste, plastics and tyres dumped in several areas of the city.

Cllr Malone said there had been repeated episodes of dumping in areas of Newry, including Carnbane, Brogie’s Road and the Carnagat Bridge area.

The elected representative for Newry urged residents to “work together to deal with this problem”.

He added: “This is proving to be an ongoing problem within the district and as a council I know they’re doing all that they can to deal with it but it seems that it’s becoming more regular in certain areas.

“We have five or six hotspots in Newry and stuff is continuously being dumped on them, it’s a recurring event unfortunately and it’s getting out of control.

“Local residents are becoming increasingly frustrated by this and understandably so. This is happening more and more and especially in beauty spot areas which is leaving locals really unhappy.

“I would appeal to those who are participating in this illegal dumping to desist in their activities because they’re only ruining these areas and if they’re caught then the council could impose heavy fines.”

Meanwhile, Newry Mourne and Down District Council said they had spent in the region of £41,400 this financial year “to investigate and remove waste from illicit dumping incidents reported”.

In a statement, a spokesperson said: “Newry, Mourne and Down District Council staff continue to respond to reports of illicit dumping, with enforcement staff currently addressing reports of dumping at Carnbane, Brogies Road and at Carnagat Bridge. Arrangements have been made to remove these materials.

“To dump waste illegally is a crime and the Council condemns any incidence of fly-tipping. The Council provides a Refuse Collection Service and Household Recycling Centres throughout the district whereby most materials can be properly disposed.

“It is not acceptable to illegally fly-tip waste and the Council requests that anyone with information on such incidents pass this on to the Council’s Enforcement Team. The team will investigate all information provided with a view to prosecution.

“Money spent removing illicit dumping could be spent on other cleansing services.”