'I am so thankful. As bad as it was and as traumatic as it was, we have them home' 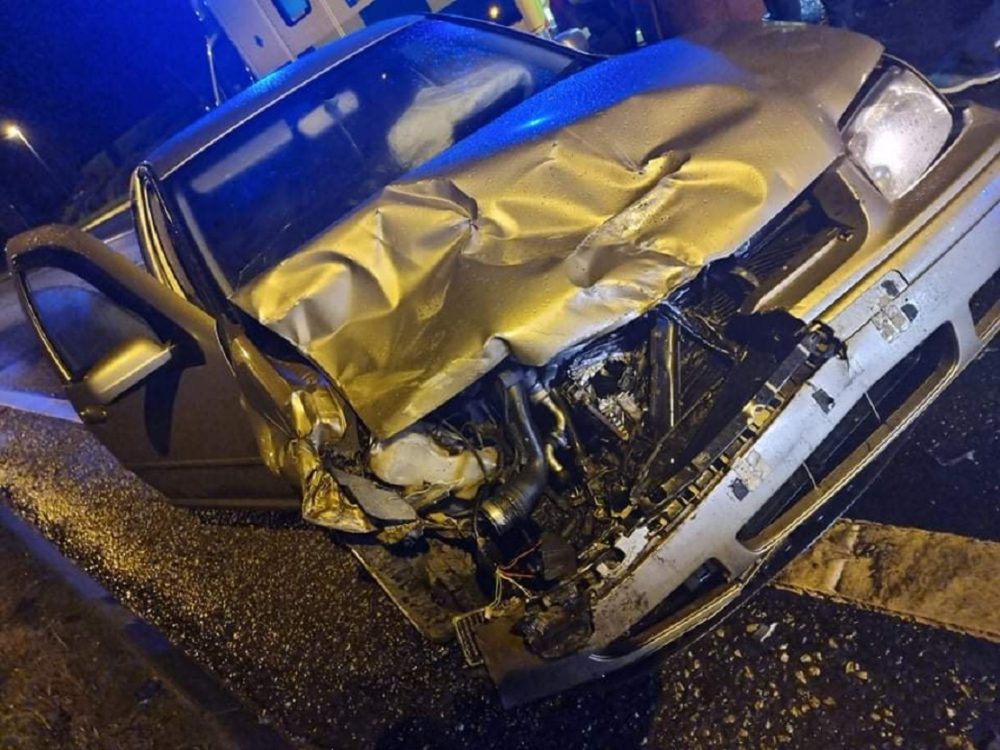 A Camlough woman has described the agonising moment she got a text from her son  saying he had been in an accident and pleading for help.

Lynette Finnegan was at home with her husband Paul on Saturday night when the message came through around 10pm.

Her son Miceal McNeil (21) and his girlfriend Olivia-Leigh Bickett (19) were driving to his family home along the A1 dual carriageway near the Boulevard shopping centre when a car is understood to have pulled out from a junction in front of them.

Their car was spun around 1,000 metres up the road and when it stopped, Miceal, an apprentice mechanic, was able to send a short text, saying ‘Crashed, please help, carriageway’.

Talking to Armagh I, Lynette said: “I was laughing and joking with his daddy saying it was great to have a night in with the house to ourselves.

“I have never in my life felt the way I felt when I saw that text.”

The couple dashed to their car and headed for the A1. “We were going up the road looking in ditches,” said Lynette.
“We were trying to ring his phone and his girlfriend’s phone but there was nothing.

“We came round the bend and saw the blue lights, and we were panicking.

“I jumped out of the car and saw a huddle of people on the ground at the passenger side. As I ran over, I saw Olivia standing there and then I realised it was Miceal on the ground and I collapsed.

“There were two women at his feet and they had put jackets and coats over him and were talking to him and there was one gentleman, he was holding onto me because my legs had gone.”

Miceal and Olivia were taken to Craigavon Area Hospital and miraculously escaped serious injury. Olivia has been fitted with a neck brace while Miceal tore tendons from his shoulder to his arm.

Lynette says she can’t find enough words to thank the other motorists who came to her son’s assistance before the emergency services arrived.

After putting out an appeal on Facebook, she managed to get speaking to one of the women who had helped as well as the mum of a young girl who had phoned 999.

“As I told Lynn, I will be in her debt for the rest of my life. He needed someone at that moment and I couldn’t get there and those people were there for him,” she said.

However, she would still love to get in contact with the other woman, who was a nurse, and the man who consoled her.

“It’s an awful thing to see your child on the ground. He was shaking, he couldn’t move, he couldn’t talk,” she said.

“I am so thankful. As bad as it was and as traumatic as it was, we have them home.

“He’s in his bed now, wrapped up, taking his medication and his two brothers and his sister are running around just pampering him.”

Lynette has also warned people to take care on the road, which is notorious for accidents.

A report published last November by the Department for Infrastructure recorded 391 collisions on the road between 2009 and 2018, of which 67 were either fatal or serious.

And in 2018, a petition was launched by relatives of victims, calling for improved safety measures.

She added:” The paramedics said they are out there, sometimes twice a week, to that exact same spot. I would also just like to say to all parents, if your child goes out on that road please, please tell them to take care and be aware.”

Lynette can be contacted by messenger on her Facebook page.

Olivia’s mum has two jackets which were put over Miceal and which also be reclaimed by contacting Lynette.