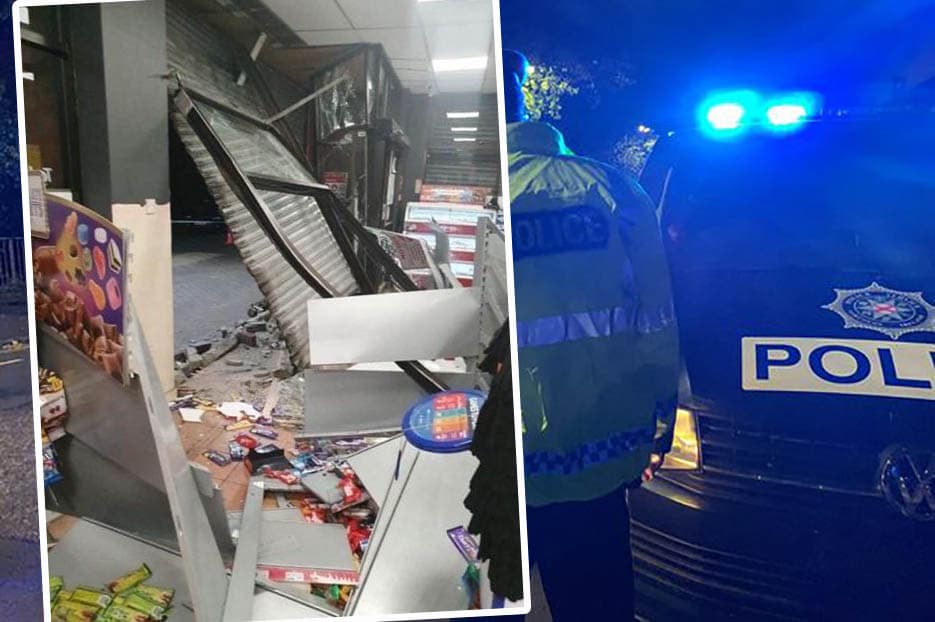 A south Armagh filling station and shop is this morning picking up the pieces following a ram raid during the early hours.

The incident happened at McKevitt’s Filling Station on the Dublin Road in Killeen on Monday night / Tuesday morning.

The family-run business has been forced to close temporarily as they survey the damage, but hope to be re-open again later today.

UPDATE: It has been reported that Gardai unwittingly let the thieves through at the border as four premises targeted in total

Posting on social media, they said: “Due to a break in, our premises is temporarily closed. We aim to re-open between 12/1pm today. We will update closer to the time. Apologies for any inconvenience caused.”

Sinn Fein Councillor Roisin Mulgrew commented: “You work at business seven days a week, 18 hours a day serving your community and your community appreciates that, but this is the scene that greets our community this morning at McKevitt’s Filling Station.

“I appeal to anyone with information to contact PSNI immediately and I extend the support of our community to the McKevitt family and their staff.”

SDLP Councillor Michael Savage added: “I’ve spoken with a member of the McKevitt family this morning to offer the community’s support at this time following a ram raid at their Dublin Road premises in the early hours of this morning.

“A family working hard to create employment now face a major repair and clean up operation following this wanton destruction and theft.

“I appeal to anyone with any information that may help catch the culprits to contact the PSNI on 101.”