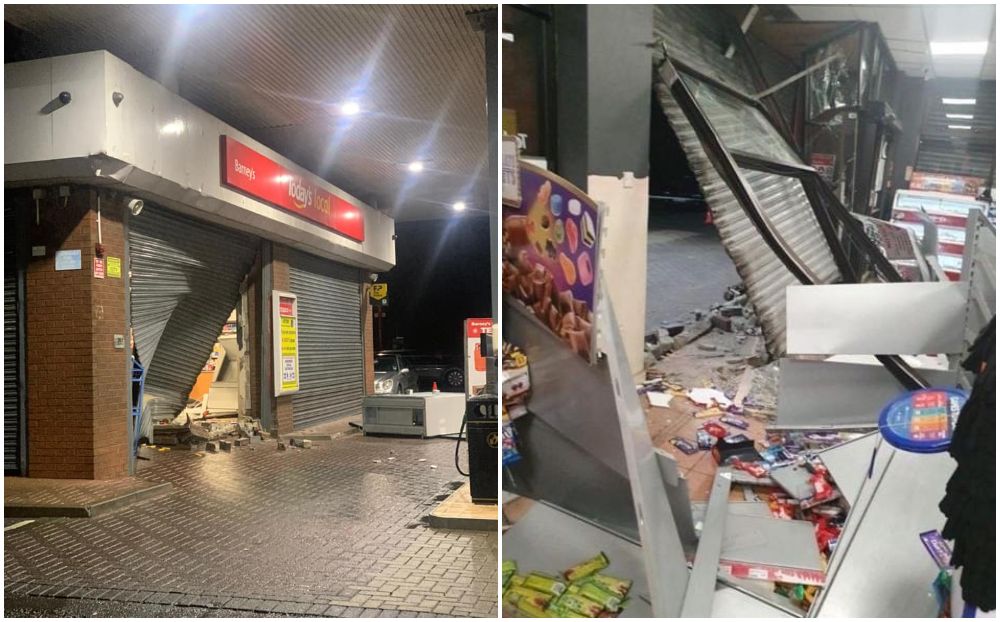 A series of burglaries were carried out in the Newry and south Armagh area during the small hours of this morning (Tuesday).

Two garages on the Forkhill Road and one on the Dublin Road were targeted, along with an office building at Edward Street, sometime between 2am and 7.15am.

Entry was gained at each location and a number of items including vehicles, money and tobacco products have been reported stolen.

As reported by Armagh I this morning, one of the incidents occurred at McKevitt’s filling station on the Dublin Road in Killeen.

A family member happened upon the raid and was reportedly rammed as he tried to prevent the thieves from making off.

SDLP MLA Justin McNulty claimed Gardai unwittingly let the assailants through at the Omeath border, but had stopped the family member from crossing.

Mr McNulty explained: “A Killeen family business, who have endured more than their fair share of adversity over many years, have to bounce back again after thieves in two vans ram raided their business in the middle of the night for cigarettes.

“A member of the family arrived on the scene and was rammed in his vehicle as the thieves made off.

“He bravely gave chase and after the trail was blocked when the thieves all jumped into one van he rerouted and eventually caught up with the thieves as they crossed the border at Omeath.

“Unfortunately the Gardai let the thieves through and stopped him.

“The business has to stay closed until Police forensics arrive at the scene. A hard working family and 8 jobs all on hold because of low life crooks.”

Detective Inspector Darren Handley said: “We are at a very early stage of our investigation and I would appeal to anyone who witnessed any suspicious activity at Forkhill Road, Dublin Road or Edward Street or anyone with any information which could assist us with our enquiries to call detectives at Ardmore on 101, quoting reference 135 27/10/20, or submit a report online using our non-emergency reporting form via http://www.psni.police.uk/makeareport/.