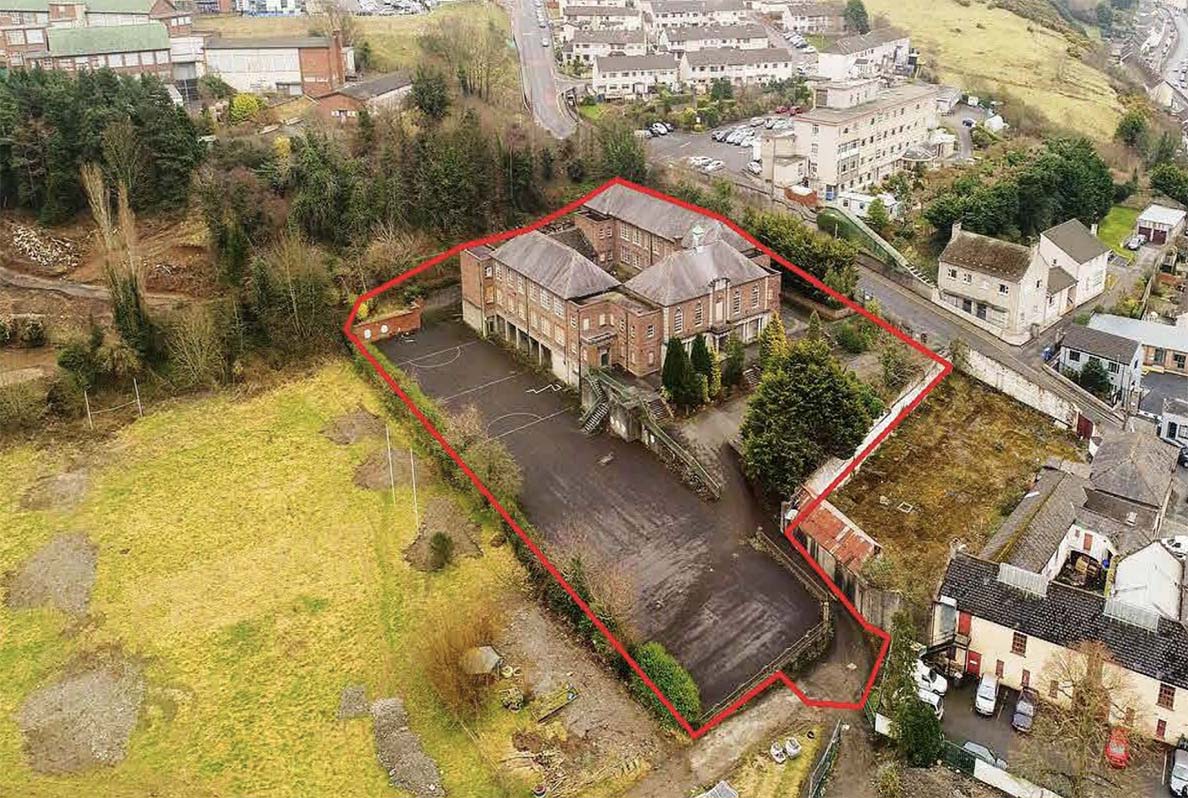 A former primary school in Newry has gone on the market for just under half a million pounds.

The Courtney Hill address of the old St Colman’s Abbey Primary School can be snapped up for a cool £450,000 – pocket change to some of us….

The school itself extends to approximately 29,586 sq ft and is accessed from both Courtney Hill and Abbey Way in the city.

In 2015 the school amalgamated with St Clare’s Convent to become St Clare’s Abbey PS – hence it . being on the market.

Property agent Lambert Smith Hampton described the building as “in need of refurbishment but represents an excellent redevelopment opportunity and lends itself to a variety of uses subject to planning”.

The land of the former school sits adjacent to Abbey Hill, which has been earmarked for for a £60m healthcare facility, as reported by  by Armagh I in 2016.